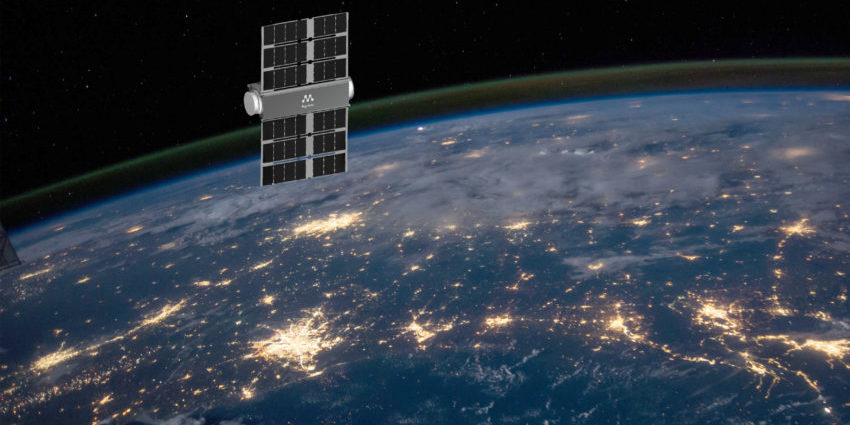 By Jessica Bassano and Thomas Kelsall

Space data company Myriota has this week taken a leap into the US and Canadian markets with its plan to connect remote sensors across the globe with the Internet of Things.

Based in Adelaide, South Australia, Myriota deployed the first of three new nanosatellites – which are smaller than a loaf of bread and weigh less than seven kilograms – as part of a Rocket Lab launch from Complex 1 at Mahia on New Zealand’s North Island on Tuesday.

Myriota and Fleet Space are both aiming to connect infrastructure monitoring sensors with mining and agricultural services to provide real-time data.

Myriota said its launch signalled the beginning of its “second-generation” network, which would not only enable commercial Internet of Things (IoT) services in the United States and Canada but improve the company’s existing service by allowing faster and larger data transfers.

“The launch of our second-generation network ushers in a new era for the global IoT sector – one where data from devices is accessible anywhere on the planet in a secure and affordable manner,” CTO and co-founder David Haley said.

“Myriota certified devices developed by our customers are already in the hands of end users and are revolutionising their industries.

“With our second-generation platform, they will now be able to send more messages and larger amounts of data each day.”

Haley said businesses that were already using Myriota’s services could begin exporting to North America as a result of the latest satellite launch.

“We’ll be providing opportunities for the customers here that have made devices to be able to export into those regions. Given the network availability they’ll be able to expand into those markets now as well,” he said.

“There will also be makers and customers in those regions who make products themselves.”

Haley said Myriota would launch two more satellites this year as well as a satellite in partnership with the SA Government, used to inform state services such as bushfire control, in 2022.

He said the company also planned to expand into Europe later this year, with global connectivity the ultimate goal.

“There are applications in regions all over the world and that’s why it’s so valuable that we provide global coverage with our network,” he said.

The company’s first-generation network has been used in Australia and New Zealand for mining and agriculture.

Like Myriota, Fleet Space said the company intended to launch two more satellites this year, with a further 16 satellites being sent into space across 2022 and 2023.

Fleet Space has planned to develop a constellation of 140 nanosatellites, connecting “thousands of sensors monitoring critical infrastructure across the world with their owners’ and managers’ base stations”

“We’re very excited because Centauri 3 will demonstrate our Industrial Internet of Things (IIoT) capabilities by linking multiple remote sensors monitoring critical infrastructure such as remote mine sites, gas pipelines and rurally dispersed electricity pylons with central base stations,” she said.

“This will transform the ability of Australian industry to manage and control in real-time remote assets.”

Tata Nardini said, with an estimated 50 of the 140 satellites needing to be replaced each year, the Beverley-based company had also this week applied for a $5 million federal government grant in a bid to ramp up its building capacities.

Additional support from the South Australian government will supplement the nearly $4 Million the company is raising itself.

If the grant application is successful, Fleet Space said it would become a major satellite-manufacturing hub and increase its payroll from 31 staff to 128 by 2024.

Located 40km northwest of Ceduna, the site spans over 145km of uninhabited national parklands – giving companies the opportunity to launch, test and recover their rockets.

Southern Launch will provide operational logistics services for companies seeking to launch from the site.

“Southern Launch is absolutely thrilled to be the first company to hold an Australian launch facility licence, allowing the facility to be used for future space launches out across the Australian desert,” CEO Lloyd Damp said.

“The Koonibba Test Range will have a significant benefit to the Koonibba community and the broader regional centre of Ceduna, including the opportunity for ongoing local employment, education and the development of a new space tourism industry.

“It also positions Australia one step closer to once again being a spacefaring nation.”

Southern Launch is also developing an orbital testing facility at Whalers Way on the tip of the Eyre Peninsula, having recently gained landowner approval for the site.

“It will contribute to fuelling national capability as the civil space sector rapidly grows and transforms and becomes an even more important economic contributor.