Australia has rich deposits of critical minerals for green technology. But we are not making the most of them … yet 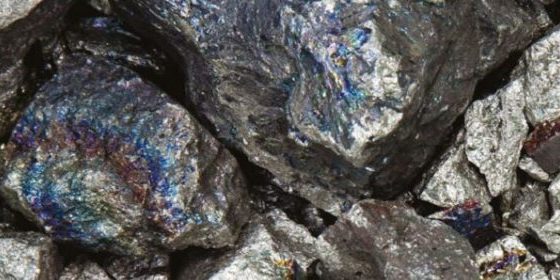 That’s where Australia can help. We have the world’s largest supply of four critical minerals: nickel, rutile, tantalum and zircon. We’re also in the top five for cobalt, lithium, copper, antimony, niobium and vanadium. Even better, many of these minerals can be produced as a side benefit of mining copper, aluminium-containing bauxite, zinc and iron ores.

But to date, we are not making the most of this opportunity. Many of these vital minerals end up on the pile of discarded tailings. The question is, why are we not mining them? Compared to other major critical mineral suppliers such as China, we are lagging behind.

While the federal government’s new strategy for the sector is a step in the right direction, small-scale miners will need sustained support to help our critical mineral sector grow. 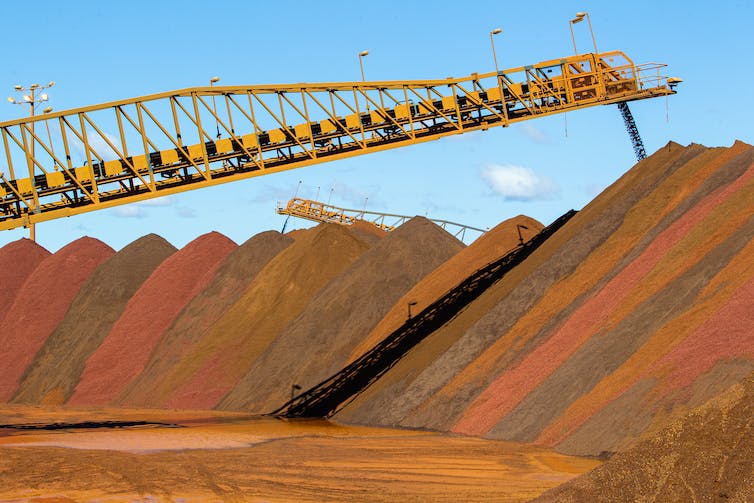 Why are these minerals so important?

Critical minerals are well-named. Lithium, nickel, cobalt and rare earth elements are critical for modern life as well as the industries of the future. But critical also refers to the fact that supply can be hard to secure.

As geopolitical tensions grow, many countries are urgently seeking reliable and secure supplies of critical minerals. When China cut off exports of rare earth elements to Japan in 2010 during a dispute, it threatened many of Japan’s high tech companies.

While cobalt, nickel and copper are perhaps the best known, there are dozens of lesser known minerals vital to the modern world.

Different countries and regions require different minerals, with a total of 73 minerals considered critical across 25 separate assessments as of 2020. Some countries are almost entirely dependent on imports of their critical minerals.

Australia could be a world leader in this area. Why aren’t we?

Critical minerals represent an enormous opportunity for Australia, given our wealth of these minerals and the soaring demand for green technology minerals like cobalt, lithium and nickel.

To date, however, our production of many critical minerals is well behind other countries when compared to our resources base.

Our large resources of the minerals coupled with high environmental, social and governance standards mean the sector is well placed to respond to demand, especially where we could replace supplies from areas where mining is more destructive or dangerous. Think of the “blood cobalt” often mined by children in the Democratic Republic of the Congo.

In March, the federal government released its plan to grow the sector through boosting onshore processing to create high-wage, high-skill jobs and to offer our trading partners secure supplies of these sought-after minerals. This is a worthwhile goal, particularly the aim to make Australia the “major powerhouse of the world in critical minerals by 2030”.

A plan, however, is one thing and delivery is another. We will need to tackle some key challenges for the mining sector to make us a powerhouse.

While the demand for critical minerals is growing, there are challenges in production.

Around the world, critical minerals such as cobalt, gallium, molybdenum and germanium are produced as by-products of major commodities such as bauxite, zinc, copper and iron ore.

So why are we discarding most of these critical minerals by dumping them in tailings storage? We can, of course, recover these minerals later, but only if the value exceeds the costs of extraction and processing.

If we were smart about this, we would encourage the extraction of these minerals as a way to add value to existing commodities.

One issue is that while the demand is rising, the overall market size for many of these minerals is small relative to our export giants, iron ore and coal. That’s one reason our major miners have not shown much interest in these minerals.

If the majors aren’t interested, that leaves the door open for small and mid-tier mining and exploration companies such as Cobalt Blue, Iluka, VHM, Australian Vanadium, Australian Strategic Minerals and Critical Minerals Group which have seen the opportunity.

For many smaller miners, however, it can be very difficult to raise capital. That’s where the government’s A$2 billion fund should help, by allowing small and medium miners access to capital to scale up domestic production.

What else do we need to do?

If we get this right, Australia could play a major role in stabilising the markets for several critical mineral supply chains such as rare earth elements, lithium and cobalt.

For us to create this future-focussed industry, we have to plan ahead. The government should look to policies and programs such as:

● stronger domestic processing and refining sectors for metals like cobalt where our high environmental, social and governance reputation would give us an edge

Acknowledgements: David Whittle contributed to the research base, and Stuart Walsh, Sue Smethurst and Lilian Khaw reviewed the article.