Australia is no innovation nation, in fact we are all talk 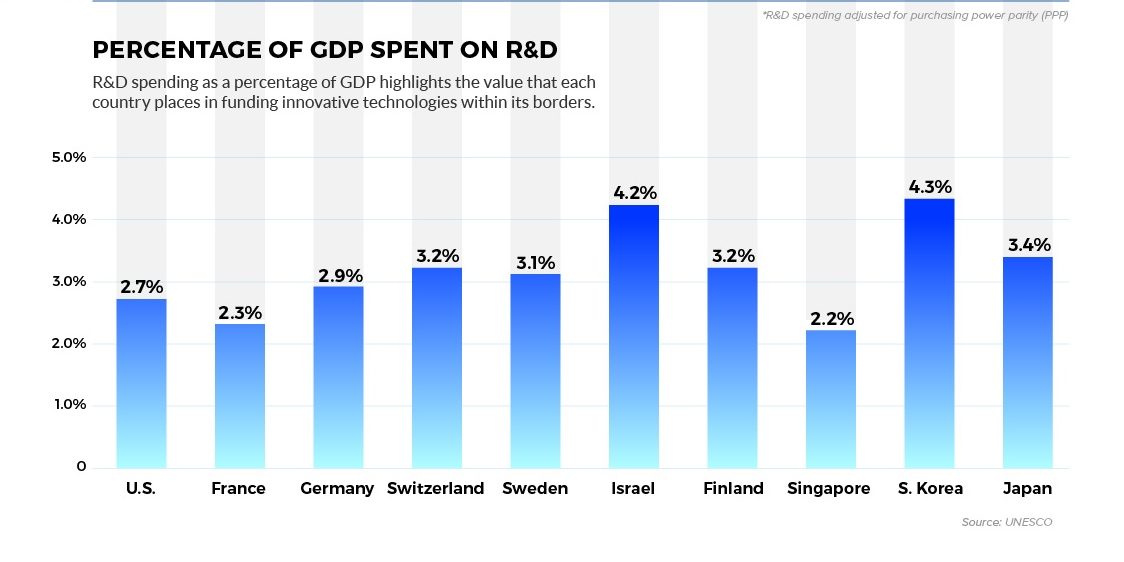 Australia has had numerous prime ministers from Bob Hawke to Malcolm Turnbull who have boasted about us being an ‘innovation nation’.

But this is a classic case of promoting one of your weakest points to try to avoid scrutiny – in fact Australia has never been, and is not even remotely now, an innovative country.

Despite the list of great Aussie inventions, and there are many, our technology company leaders, and we have a precious few, and an endless succession of government plans we are an innovative also-ran.

The most measurable part of being innovative, expenditure on research and development, tells the story of a nation that doesn’t invest in the future.

The Hawke government began to change the historical truth that we receive technology from others and sell them the simplest of products in return, by boosting government research and stimulating business investment in R&D (BERD).

Over decades we climbed up the list of nations spending on R&D, briefly passing the two per cent mark and reaching an all time high of 2.11 per cent in 2013-14.

This placed us just below the average spend of developed countries, but even being average in our ever more competitive world requires constant vigilance, effort and above all national policy.

Since then we have lost much of our hard-fought gains, as documented by @AuManufacturing news, with R&D slumping rapidly to 1.88 per cent of GDP in 2015-16.

But just look at the table above from Visual Capitalist which shows how far we have fallen in 2019 behind the world’s leaders.

We spend a massive 60 per cent less as a proportion of GDP than Korea and Israel and we are doing nothing about this.

Oh sorry I forgot, the government did cut $2.4 billion on spending on the research and development tax incentive in its last budget as part of ‘reforms’.

Reform in this context means cuts and the proposals were promptly criticised by a government-dominated all party Senate committee.

The ‘reforms’ have now been removed from an omnibus bill to be voted on by Parliament while the government reworks them.

But the clock is ticking and R&D is just one of the signs Australia’s economy is failing our future.

As reported in @AuManufacturing news, there is also sluggish productivity growth and falling capital investment.

Do we believe our own rhetoric about innovation, we are The Odyssey’s land of the lotus eaters?