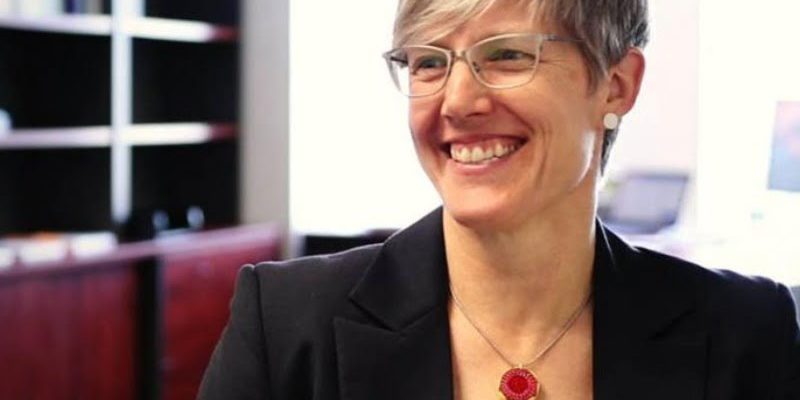 The Australian government should appoint a Chief Technologist to drive its digital agenda and provide leadership and guidance in the face of “ministerial musical chairs”, according to the Committee for Economic Development of Australia.

While the federal government’s $1.2 billion digital package included in last week’s budget is a welcome start, much more clarity and funding is needed if Australia will reach the goal of being a “leading digital nation” by 2030, Committee for Economic Development of Australia (CEDA) chief executive Melinda Cilento said.

“It is setting us on the right path. We’re pleased to see the sorts of investments the government is making, but if we want to be a leading digital nation by 2030 the things we’d be looking for is more clarity about what that means so when you’re looking at it you can form a clear view about whether it’s enough and whether it’s properly directed,” Ms Cilento told InnovationAus.

“We know the rest of the world is moving quickly in this space, and it’s difficult being a fast follower. We have to be right amongst them but we’ve been lagging. It’s a good start but the reality is we have to see more in the future.”

A new report by CEDA focusing on building the trust needed to implement new technologies and government digital services recommended the government appoint a Chief Technologist as a new statutory office holder, and conduct regular tech assessments of emerging technologies to assist with policymaking.

The report found that a lack of trust and understanding can be a “handbrake on technological progress”.

“The last 12 months have made it really clear the opportunities that can be created by the adoption of digital technologies and the use of data. One of the things that’s going to enable us as a nation to make the most of the opportunities is if we bring the community along with us,” Ms Cilento said.

“If we get to the point where the community doesn’t believes these technologies are benefiting them or if their fears of what technology might mean for them are not properly managed, then you risk a regulatory backlash.”

The Chief Technologist would work primarily to address these concerns and ensure the risks and opportunities of emerging technologies are actively considered by policymakers, Ms Cilento said.

“Appointing a Chief Technologist can really help bolster that trust by providing clear stewardship, enabling a long-term focus on emerging technologies and their opportunities and risks, look at how they can be managed and providing independent expert advice to government that is quite transparent,” she said.

“It’d be a pretty clear door you can go and knock on, whether you’re a technologist or a community group that’s got concerns. It’s visible and it’s consistent and it can play a really strong role in objectively communicating opportunities and challenges.”

The Chief Technologist would function similarly to the Chief Scientist and Chief Economist, and would be Australia’s top tech expert and advisor, working in tandem with the newly-named Industry, Innovation and Science Australia.

They would provide a long-term focus on emerging technologies, guide the development and implementation of digital strategies, align efforts and promote greater capability within government.

The Chief Technologist would also ensure stable stewardship over government policy in the space, in an effort to combat the churn in the tech portfolio, with seven ministers in the last eight years, the CEDA report argued.

“If you’re really trying to send a message about the importance of this and you’ve got consistent and strong leadership, that change doesn’t help. Ministers change and governments change, that’s why we think having an independent appointment that is offering consistent messaging around the opportunities and how we manage them and the risks is important,” Ms Cilento said.

“It’s a ‘we got this’, ‘we can handle this’ message. We can put in place the right policies and build collaboration across states and the federal government, work with businesses and governments to get the right settings.”

Several other nations already have such a position, including the US Federal Chief Technology Officer, the Canadian CTO and the UK’s Regulatory Horizons Council.

The CEDA report also recommended the government launch tech assessments, overseen by the Chief Technologist, to provide objective advice on emerging technologies and their potential impacts and related policy implications.

These assessments would help to increase the understanding of data and tech issues among policy-makers and the general community, Ms Cilento said.

“It’s about providing independent, clear analysis of technologies for consideration by policymakers. This is the technology, this is what it means and these are the issues you should be thinking about. It’d be a really clear, transparent assessment process that Australia would benefit from,” she said.

The process could also facilitate engagement with the tech sector at the development stage of products, and lead to an improved focus on policy or regulatory solutions to various risks, the report said.

In the report, CEDA criticises the federal government’s “piecemeal approach” to tech policies, along with the “churn” of technology ministers, which it said had undermined Australia’s ability to build expertise and future capability and raises doubts about the government’s commitment to its digital agenda.