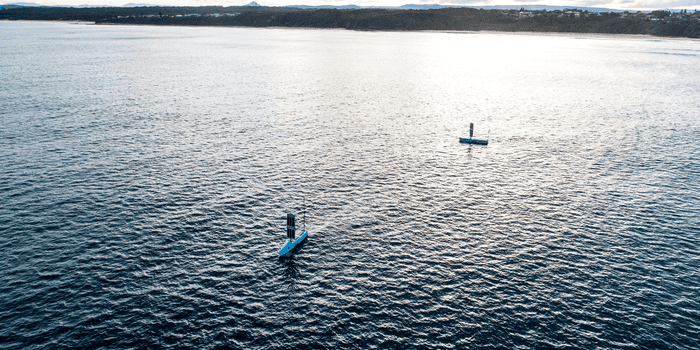 Eight new contracts were announced under the Defence Innovation Hub program on Tuesday morning, with a total value of over $21 million.
Recipients were two universities and six SMEs.
The University of Sydney received $6.5 million to develop a new imaging system for situation awareness in military settings.
“If successful, this technology could help to make decisions that will keep Australian troops safer in the battle space,” said defence industry minister Melissa Price.
Unmanned surface vessel builder Ocius received $5.5 million for its Bluebottle surveillance platform (pictured.) It had previously received a $3 million under the DIH program.
Other manufacturers to win grants include satellite business High Earth Orbit Robotics, to develop a “de-centralised network technology that can be used to improve Defence’s situational awareness” and UAV Vision, for a “compact lightweight, high-definition video system that can be fitted to unmanned aerial vehicles.”
Explaining the makeup of contract winners is the number one current innovation priority of the program: “Intelligence, Surveillance, Reconnaissance, Electronic Warfare, Space and Cyber”. A full list of the round’s winners can be seen below.
According to the federal government, over 80 per cent of the $200 million allocated through the program so far has been to micro businesses and SMEs.
The DIH program is budgeted at roughly $640 million for the decade to 2025 – 2026, and is for proposals “that are ready to enter the engineering and development stages of the innovation process.”
Picture: Ocius
Subscribe to our free @AuManufacturing newsletter here.