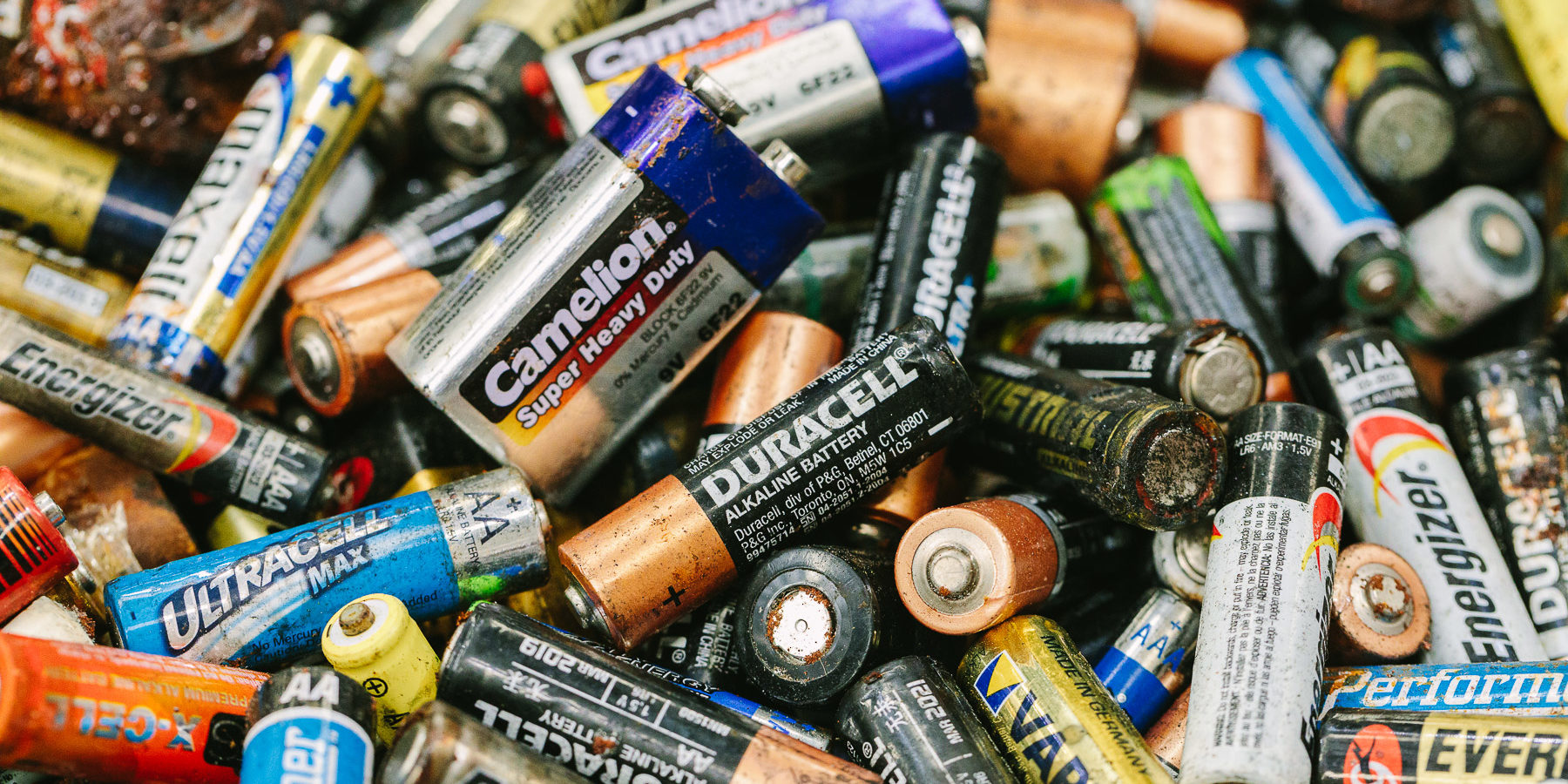 According to one bit of data, Australians bought enough AA batteries in 2019 that laid out, end-to-end, they would stretch 91,000 kilometres, or 2.3 times around the world.

The organisation that commissioned the research these figures come from, the Battery Stewardship Council, says Australians only recycle about 10 per cent of their household batteries (the Swiss lead the world at 71 per cent with five other nations recycling more than half of the batteries they buy.)

From the beginning of next year, the BSC will launch a national collection network for end-of-life batteries that aren’t covered by other stewardship schemes, such as those from computers and phones.

Like other national stewardship schemes — for example those covering used oil and tyres — the Battery Stewardship Scheme is funded by a mix of federal money and levies paid by members, who pass the cost onto customers. In the case of the BSC, the levy begins at 2 cents per 24 grams — an “equivalent battery unit” or the weight of a AA — and is capped at a maximum of 4 cents.

The BSC was formed in 2018 to establish the stewardship scheme, which gained ACCC accreditation last September and a $1 million grant in April.

Stewardship will attempt to create a viable industry that can recover and reuse discarded lithium ion batteries — diverting 90 per cent of material from landfill — which the CSIRO estimates are growing by 20 per cent a year and could top 100,000 tonnes by 2036.

According to the ACCC, the rebate will be a dollar per kilogram for sorting or processing, and $2.50 or $3.50 per kilogram for collection in metro or regional/remote areas. (To be eligible, companies must be BSC accredited and use their tracking app.)

The Battery Stewardship Council has been led by CEO Libby Chaplin since its beginning. Chaplin is a long-time e-waste program professional, with a background including in management systems and international standards development.

For Chaplin, e-waste and batteries became a fascination after considering our growing reliance on them as well as their negative impacts, from the environmental damage in creating and disposing of them to the issues around child slave labour in some parts of the international supply chain.

“It’s very easy to be passionate when you realise that individual lives are being affected and that there is a huge opportunity for improvement,” she says.

@AuManufacturing spoke to Chaplin about the Stewardship Scheme and what it means for a local industry around reprocessing.

@AuManufacturing: Where can improvements be made to lift the recycling rate? Is it a question of better logistics, education, technology, or something else?

Libby Chaplin: As we were researching the opportunities around setting up a scheme, we looked at where the market was failing, and in Australia the market was failing around the cost of collection of batteries, primarily. And so part of our scheme design is to provide a rebate to support primarily the collection, but also sorting and processing of materials. We also see that the scheme will provide supply chain certainty as mining companies recognise the need to augment their raw materials with supplies of recycled materials, they will see a benefit with this kind of program too. What we’ve been able to do, I think, is to bring together mining companies, manufacturers, retailers, collectors and recyclers to develop a solution that will really deliver a circular economy outcome in the longer term.

The scheme really has been established with the sole aim of disrupting the status quo, by providing a national battery collection network and also educating consumers about the importance of removing batteries from the general waste and recycling streams.

@AuManufacturing: Makes sense. The circular economy involves all parts of a system and everyone in the supply chain. How many organisations have become members so far?

Libby Chaplin: We have a strong membership and it’s growing all the time. I don’t have the exact number but it’s more than 100 organisations and we’ve definitely had an uptick in interest as a result of the minister’s announcement last week. The manufacturing industry in particular has responded very positively. And we’re really encouraged with the response and participation that has arisen from that. I think what it really underlines is that manufacturers and importers — and for us they’re in the same category — do recognise the need to address this waste problem and are very supportive about having a scheme that is independent, not for profit, and able to deliver a solution that they can be assured will provide a safe and transparent program. 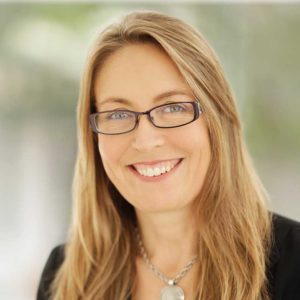 “We also see that the use of secondary recycled materials and reuse in electric vehicles and energy storage will become a big part of the manufacturing model, particularly as the sector grows.”
(Picture: bsc.org.au)

@AuManufacturing: Out of this initiative, will most of the activity generated — to address the market failures you mentioned — be around the collection side of things, or do you think you might help drive local processing activity? What is the focus?

Libby Chaplin: The growth in collection of recycled batteries presents an opportunity, not just for the collectors, obviously, but also for the organisations involved in sorting and processing that material. And what it does is actually provide an investment environment where they can be confident to invest in innovative new technology and also to improve safety practises. Those two things, I think, will go well beyond the collection point.

@AuManufacturing: Are there many reprocessing companies in Australia? It is not a sector I know much about but have only really heard of Lithium Australia’s work through its subsidiaries.

Libby Chaplin: There are four or five companies that are dedicated in this space and then there are others around them that also work in e-waste. But what we have definitely seen — even over just the past year — is really significant investment in new technology, whether it be optical or X-ray sorting equipment or additional processing capacity. The major players in this space have all expanded significantly in the last 12 months.

@AuManufacturing: Will your stewardship program be providing grants for projects, as Tyre Stewardship Australia does?

Libby Chaplin: Our model really is around incentivising industry through the rebate program. We are working with governments to encourage them to focus their infrastructure funding in this direction, and have had a positive response from them. We have flagged that we wish to do work in supporting secondary materials, recycled materials market development, but we will probably work with industry to determine the most effective way provide that support, whether it’s through continued rebate payments or whether there are specific projects that we may need to partner with industry or with CSIRO or with government to ensure that they are viable.

@AuManufacturing: I saw an article about your launch and it said there is no mention in your material about residential or large scale batteries as part of your work. Is that accurate? And would you like to comment on this.

Libby Chaplin: In our scheme design document we’ve described our strategy around this space. It’s a staged approach. Our initial launch will include loose batteries that are imported, and that is beginning on January 1. There are a couple of other products that we see as requiring additional consultation to work out the best approach: whether our financial models will apply correctly or whether we need to tweak them a little bit.

We see that there’s a real opportunity for energy storage to become part of the scheme. And we’ll be consulting with industry over the next 12 months to see how that can work. We’ve been working with the Clean Energy Council, for example, to explore that. The consultation process will identify the most effective manner of dealing with those batteries with end of life. It may be a slightly different model to the one we have currently for the loose batteries but the outcome will be similar.

We also see that the use of secondary recycled materials and reuse in electric vehicles and energy storage will become a big part of the manufacturing model, particularly as the sector grows.

@AuManufacturing: Would you like to say anything about the potential this industry offers Australian manufacturers?

Libby Chaplin: For local manufacturers, it provides them with certainty and an assurance that they will have secondary recycled materials that they can source, and they can be assured the source is ethical, and that will allow them to meet their circular economy goals in an efficient manner.

I think bringing manufacturers together with the mining companies, collectors and retailers could also provide certainty for materials management, but also enables energy security for our country moving into the future. And particularly in the context of Covid, we see more and more of the importance of having that local independence.