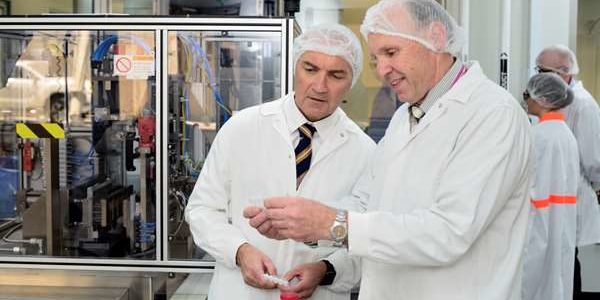 The pieces are beginning to fall into place for the production of mRNA vaccines in Victoria, and possibly Queensland.

Driven by the success of the first vaccine’s developed using the novel technology by Pfizer and Moderna, both states are backing local mRNA technology development, with Victoria in April committing $50 million.

A new University of Queensland research facility, UQ BASE, is to produce produce the nucleic acids RNA and DNA, the building blocks of mRNA vaccine.

However plans in Victoria are becoming more concrete with pharmaceutical manufacturer IDT Australia in discussions with mRNA Victoria and the Monash Institute of Pharmaceutical Science to manufacture a mRNA vaccine candidate developed by the institute.

MIPS’ Professor Colin Pouton said: “Preclinical evaluation of our mRNA vaccine has progressed well and we are now keen to partner with an experienced pharmaceutical manufacturer to produce a product for clinical evaluation.

“We look forward to working with IDT to establish mRNA vaccine manufacturing capability.”

IDT first told the federal government last year of their ability to turn their existing facilities to vaccine production, and again this year – but it is Victoria’s initiative that is making it happen.

“It will build upon existing scientific and medical strengths in Victoria and will deliver essential capabilities for Australia.”

Meanwhile another potential vaccine producer – the former GSK facility in Boronia in Melbourne – is getting a new lease of life with local biopharmaceutical company, Opal Biosciences planning to takeover the site. GSK is selling the site and quitting local manufacturing.

Opal has called for expressions of interest from companies to participate in the formation of a Life Sciences and Biotechnology Development and Manufacturing Precinct at Boronia.

The company said in a statement: “Opal proposes to lease the (GSK) site and seeks other interested parties for use of the extensive existing infrastructure including areas of office spaces, laboratories and manufacturing facilities.”

Phillips said: “The Opal vision is ambitious – it is an exciting and much needed initiative for Australia and would be the first of its type here.

“We have already attracted enormous support from experts and companies in vaccine and pharmaceutical manufacture as well as intellectual property, quality systems, regulatory, preclinical and commercialization service providers.

“This ecosystem will guide companies and other groups in the development and manufacturing of their pharmaceutical and vaccine assets, and importantly, do it here in Australia”.