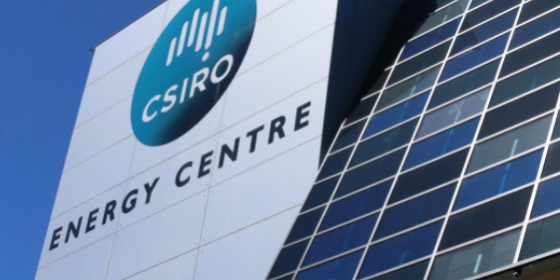 The federal government and CSIRO have announced new funding and new initiatives to drive research and investment in future energy systems.

Today CSIRO revealed it was joining the Global Power System Transformation (G-PST) consortium, a research partnership that will focus on accelerating the decarbonisation of the electricity system.

CSIRO will join the project with the Australian Energy Market Operator (AEMO), the University of Melbourne, RMIT University, and global consultancy Strategen.

Morrison’s announcement said the upcoming budget would include:

He said the investment would create around 2,500 jobs, support Australian industry and manufacturing into the future and reduce emissions.

“It is essential we position Australia to succeed by investing now in the technologies that will support our industries into the future, with lower emissions energy.

“…We cannot pretend the world is not changing. If we do, we run the risk of stranding jobs in this country, especially in regional areas.”

The government did not detail the type of projects that would be assisted, however there are some small CO2 reuse projects already underway providing local jobs.

However carbon capture projects have not lived p to expectations – a $3 billion capture plant operated by Chevron on the North-West Shelf is currently out of action with blocked filters.

Meanwhile CSIRO’s G-PST initiative will focus on the development of Australian research plans for a variety of topics associated with the G-PST research agenda.

These include quantifying the technical requirements of future power systems to operate reliably and at least cost, and understanding the opportunities associated with Australia’s world-leading levels of rooftop solar.

The group will also focus on inverter design, power system stability tools and methods, restoring electricity systems with 100 per cent renewable energy, and developing a Control Room of the Future for AEMO and other grid and market operators.