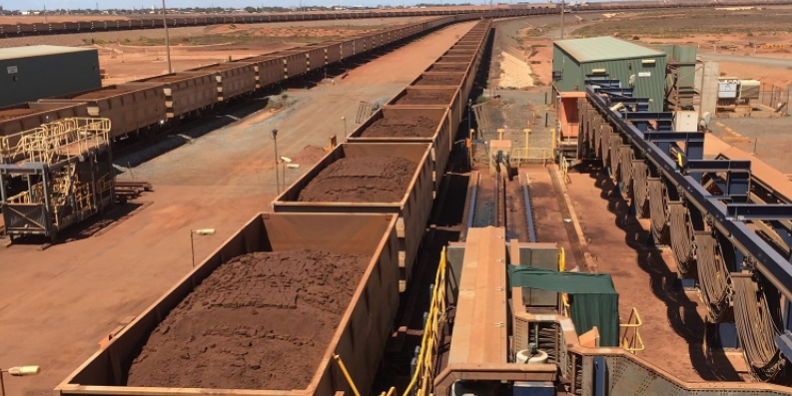 At least two, and possibly three groups are now operating pilot plants that use renewably generated hydrogen to replace coal in the steelmaking process, promising a future of green, fossil fuel-free steel.

The latest just announced is the HYBRIT consortium of three firms, LKAB, SSAB and Vattenfall, which has just commissioned a one-tonne an each hour pilot plant at Luleå, Sweden.

Constructed with the support of the Swedish Energy Agency, the HYBRIT pilot uses renewable electricity to produce hydrogen used in the steelmaking process.

The announcement was hailed as a world-first with Swedish prime minister Stefan Löfven saying: “Today, you are laying the foundations that will enable the Swedish steel industry to be entirely fossil- and carbon dioxide- free in 20 years.”

Perhaps it is not quite first as in November @AuManufacturing reported German steel maker thyssenkrupp had demonstrated a blast furnace where hydrogen replaced some of the coal dust as a reducing agent.

The initial goal was to reduce CO2 production by 20 per cent.

It turns out there is a third group, Japan’s COURSE 50 programme is also testing the use of hydrogen as a replacement for coke, as well as ‘chemical absorption’ technologies which aim to capture carbon dioxide from blast furnace gasses.

Coke, it turns out, has other properties which make it essential in a blast furnace – it is stable at high temperatures and maintains the integrity and permeability of the blast furnace burden.

So we have one project that is very far from proving the blue-sky hope of completely replacing coke with hydrogen, and two projects that offer near term reductions in the amount of coke being consumed.

The blast furnace it seems is an extraordinarily efficient system, and like the Monty Python parrot, is not dead yet.

Meanwhile in Australia CSIRO suggests our miners could contribute to limiting carbon emissions at the other end of the value chain by improving the quality of the ore they produce.

This would involve better drying, beneficiation, agglomeration and pre-reduction steps at the mine.

CSIRO research scientist Keith Vining said further onshore processing could reduce the amount of water and waste material which makes up half of the hundreds of millions of tonnes Australia exports to Asia each year.

While it would raise domestic carbon emissions, it would create local employment and deliver a product that could command a higher price on world markets.

Vining said: “I believe (hydrogen) is a long-term solution, but beneficiation and agglomeration using conventional renewable energy sources is something we can do right now.”