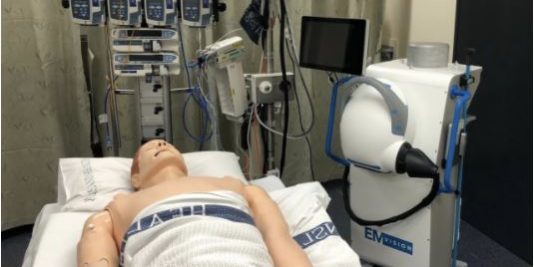 Medical device manufacturer EMVision has been named as a second Australian SME to share in a $40 million grant made to the Australian Stroke Alliance by the federal government’s Medical Research Future Fund frontier health program.

On Monday @AuManufacturing reported that X-ray technology company Micro-X would develop a lightweight brain CT scanner for the rapid diagnosis of stroke based on its carbon fibre nanotube X-ray emitter.

Micro-X will receive $8 million over three years as part of the research project.

Now EMVision’s technology has been announced as a second company to receive $8 million from the ASA to further develop its electromagnetic microwave imaging stroke detection system.

The company’s technology, developed by Professor Amin Abbosh and Professor Stuart Crozier at the University of Queensland, will be funded to develop a planned first responder device for air and road ambulances as well as for use in the hospital setting.

Development will be in four stages:

The company told investors: “The device intends to speed up pre-hospital triage and create opportunity for earlier treatment choices pre-hospital through road and air ambulance deployment.

Weinberger said: “Our lightweight and accessible devices aim to transform the management of stroke for clinicians and first responders whether they operate in urban or rural settings.”

Dr Weinberger paid tribute to the leadership shown by the ASA, and said the project was a template for managing stroke and other medical emergencies.

“Any new intellectual property created under EMVision’s specific technology tier will be owned by EMVision.

“…EMVision will negotiate a revenue stream to the Australian Stroke Alliance in respect of any future road and air ambulance first responder model sales in Australia.”