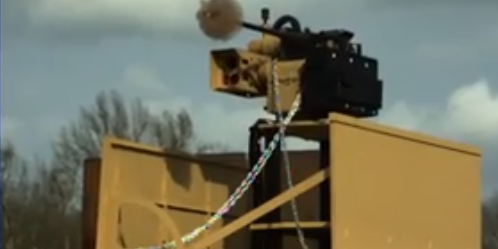 To date the system, which enables a soldier to fire cannon, machine guns and missiles from a protected location, has only been used on mobile, armoured vehicles.

Now EOS Defence Systems USA has demonstrated a containerised version (main picture and below), where the weapons platform rises from a hatch in what looks like a conventional shipping container.

Once exposed, the EOS system can engage a target, with the operator secure in a distant location such as a command bunker.

EOS Defence Systems USA ceo Phil Coker is quoted in a promotional video saying: “Precision is a necessity, not a luxury.

The system can be armed with the .50 calibre machine gun or the XM914 30mm cannon and is sure to revive controversy about EOS exports.

The company has sold $450 of the remote systems to the UAE, but denies claims the weapons have been used in the bloody civil war in the Yemen. 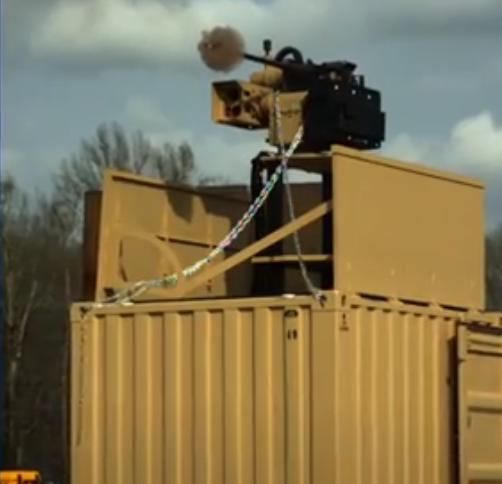