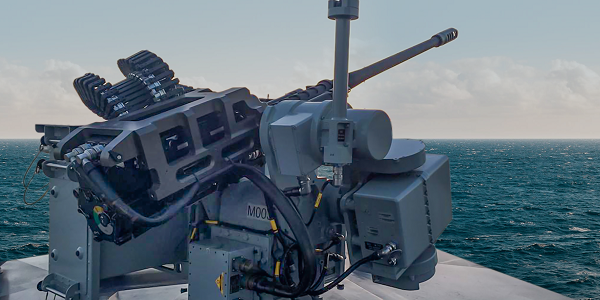 The marine RWS is a stabilised version of the company’s RWS which has sold to numerous defence customers in Australia and overseas.

The maritime version with a 3omm cannon armament is already in production for a major overseas customer, with 15 units produced at the company’s Canberra factory and another 15 on the way.

EOS systems has a heritage in astronomical telescopes and their pointing accuracy allows the company to claim first-shot lethality, in the case of the maritime system out to two kilometres.

CEO of EOS Defence Systems (Australia) Matt Jones said: “The R400-M, the latest version of the operationally proven R400 RWS family, offers customers the firepower and specialist ammunition natures possible for weapons up to and including 30 mm cannon, but in the weight and form factor of competitors’ machine gun systems.

EOS’ family of RWS has long provided customers with ‘many advantages including superior range, accuracy and firepower according to Jones.