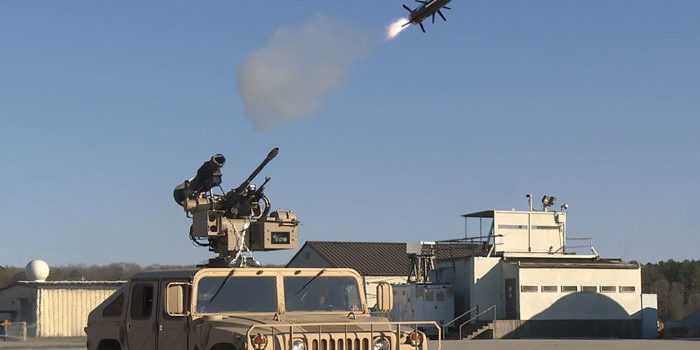 Australian defence, space and telecommunications business Electro Optic Systems is to partner with Diehl Defence to establish a manufacturing line in Germany to serve EU and NATO markets.

The company is partnering with the private German defence contractor to establish manufacturing for its stabilised and remotely operated weapon systems (RWS) (pictured) which are sold to a number of armed forces globally.

EOS already manufactures the system in Australia and the United States, and has commissioning operations in the Middle East, where its’ RWS has been sold to customers including, it is believed, the UAE, under a $450 million export deal.

The company told investors Diehl would set up a production line at a German facility, a move which recognises other nations’ wish to secure supply lines of critical equipment in-region.

The agreement also included cooperation on space and high-powered electromagnetic technologies between the two companies.

EOS CEO Dr Ben Greene said “This cooperation agreement with Diehl aligns companies that not only have complementary and non-competing cutting-edge technologies, but organisational cultures and values that are strongly aligned.

“EOS is excited by the prospect of being able to offer and support our land and space technologies in conjunction with great German engineering know-how.”

EOS’s RWS system offers operators the ability to track targets and launch missiles or fire cannon and machine guns from inside the safety of their armoured vehicles.

EOS believes the precision offered by its system allows best in class engagement of drones by direct fire.