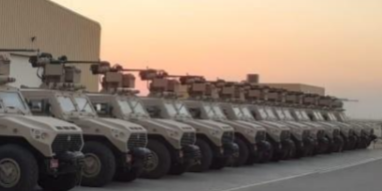 During the December half year EBIT soared 194 per cent to $21.7 million on revenue up 91 per cent to $166 million, according to announcements today.

The company ended 2019 with a backlog of $620 million, chasing an order pipeline worth $3.1 billion.

EOS raised $68 million in new capital in November, allowing it to ramp up production and speed its expansion plans.

Its biggest recent order is a controversial $450 million sale of remotely operated weapons systems capable of being mounted on armoured vehicles to the UAE, a country involved in the civil war in Yemen.

The company’s Canberra plant is producing 40 RWS systems a month, its US plant will re-start production by mid-2020, and offshore plants in Singapore and the Middle East will produce the systems in following years. $2.2 million has been invested in plant expansion, with another $800,000 allocated.

EOS’ recent success is based on $800 million worth of R&D performed over 20 years, with the company now progressively monetising its technologies.

The company told investors: “EOS is Australia’s largest aerospace entity, and the largest defence exporter in the southern hemisphere with established partnerships with major companies globally.

“Only part of EOS’s current technology pool has so far been deployed to market.

“Development of new technology continues which provides further growth and barriers to entry for EOS competitors.”

The company plans a MEO orbit satellite constellation and has preliminary commitments for $100 million of annual sales.

While defence was the dominant business in the group all three divisions made a positive contribution to EBIT.

In many cases the company is benefiting from sale overseas of technology products that were previously restricted from export by federal government controls.