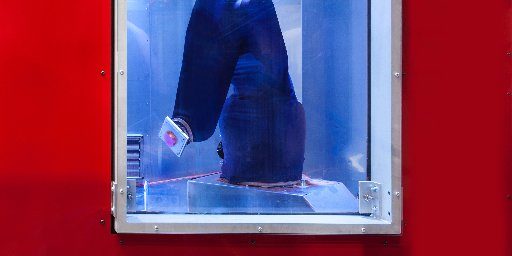 A statement from the company said a second machine was recently installed at German bureau service FIT, as well as units in the United States at Rapid TCT in Detroit and University of Delaware.

Larry Holmes, assistant director at University of Delaware’s Digital Design and Additive Manufacturing, Centre for Composite Materials, said that the installed LIGHTSPEE3D machine was being used daily by his team.

Locally, the company recently installed a machine at Swinburne University. One of its machines was on display at the Austech exhibition in Melbourne last month, at the stand for new Australian distributor Headland Machinery.  SPEE3D co-founder Byron Kennedy also featured on a National Manufacturing Week panel hosted by @AuManufacturing editor Peter Roberts.

SPEE3D’s technology is able to rapidly produce near net shape parts out of copper and aluminium powders by firing these at high speed onto a substrate.

To read an interview with Kennedy at this website’s Meet a Member department, click here.