Fast times ahead for hypersonics R&D 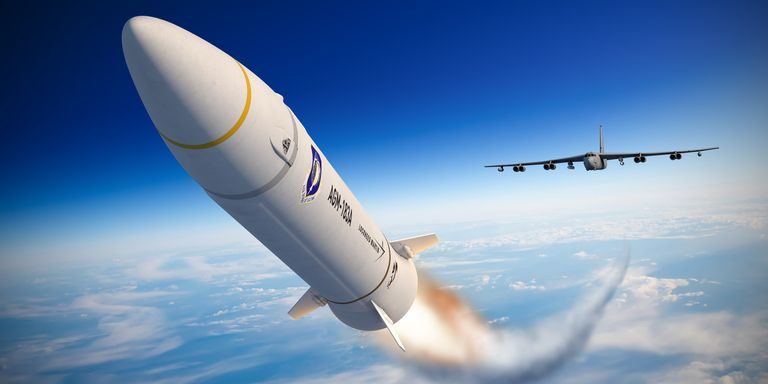 Like quantum computing or fusion energy generation, for a long time hypersonics has been described jokingly as something that’s the technology of the future, and which always will be.

Achieving hypersonic speeds (roughly Mach 5) — for vehicles like an intercontinental ballistic missile or a spacecraft returning to earth, or certain experimental planes — has been possible for some time.

However, deployable missiles which do not leave the atmosphere to achieve hypersonic speeds finally seem to be here. The Russians claim three (the most famous of which, the supposedly Mach 27-capable Avangard glider, has been in development since the 1980s) and China a couple.

Most of the weapons in development are glide vehicles, which separate from a rocket that has reached the upper atmosphere. The other type, hypersonic cruise missiles, use air-breathing scramjet (supersonic compression ramjet) for propulsion, where the craft is brought to a speed where air then entering the motor is compressed by the craft’s high velocity rather than a turbine.

ICBMs already reach faster than Mach 5 speeds. The key difference of hypersonic projectiles is their flatter, less predictable trajectory, which combined with high maneuverability makes them harder to intercept.

According to some recent articles on the subject, the United States is being led by China and Russia in this new arms race.

Last week’s defence update, with an announcement of $270 billion in investment over the coming decade, came with an allocation for this emerging genre of weaponry. Among the Defence Force Structure Plan, key air domain investments included up to $9.3 billion on “high-speed long- range strike, including hypersonics research.” We will learn further details later.

Hypersonics is one of the country’s internationally-regarded pockets of research excellence. This has a lot to do with the late Ray Stalker of University of Queensland, who contributed pioneering work to the world of scramjets and invented the free piston shock tunnel, a means of ground-testing for hypersonic flows.

“It’s not really until we get to about mach eight — eight times the speed of sound — that Australia’s capabilities really kick in,” Professor Russell Boyce, Chair for Space Engineering at UNSW Canberra, tells @AuManufacturing.

“That’s for historical reasons, related to the type of test facilities that were invented in Australia. Australia can do fantastic hypersonic testing from mach eight all the way up to planetary re-entry speeds [about mach 25].”

Boyce spent 25 years in the field, including Chair of Hypersonics at UQ (2007 – 2013) and led the international Scramspace project.

He gives the caveat that he ended his focus on hypersonics research a few years ago, but believes Australia is well-placed to contribute to the field through experimental facilities, computational knowhow, and — in a limited way — to flight testing.

Boyce adds that taking lab work up the technology readiness levels is something that needs an enormous amount of investment, and a major international prime would be required for this.

One UQ scramjet spinout, Hypersonix, was formed in 2017 to apply its expertise to low-cost small satellite launches with reusable craft (two of the three stages for its approach can be redeployed after use.) It estimates a required investment of $200 million to reach its goal — modest as far as hypersonic development costs go.

The field is difficult and therefore expensive, with incredible engineering and scientific challenges attached to designing objects that can survive and be controlled while travelling at multiples of the speed of sound. Scramjet vehicles can experience leading edge temperatures of 1,000 degrees C at Mach 5 and, at Mach 8, up to 2,700 degrees C “at the leading edge and 3000 degrees C in the engine combustion chamber.”

According to Boyce, there is good potential for spinout businesses from the enormous amount of R&D needed in the field, citing German work around heat-resistant materials that has led to very high-performance brake systems for cars and other ground-based technologies.

“The control of hypersonic vehicles is another; the control systems, the control algorithms that can be employed can have excellent spinoff opportunities into other systems,” he says, adding that sensor systems to monitor performance and health of an engine are another.

“That’s a very harsh environment and difficult to get that information with an intrusive device, with a probe. But on the other hand, optical systems, laser systems developed specifically for really harsh environments, they can also have spinoffs in other areas… even in deploying them into remote or hostile environments, such as Mars.