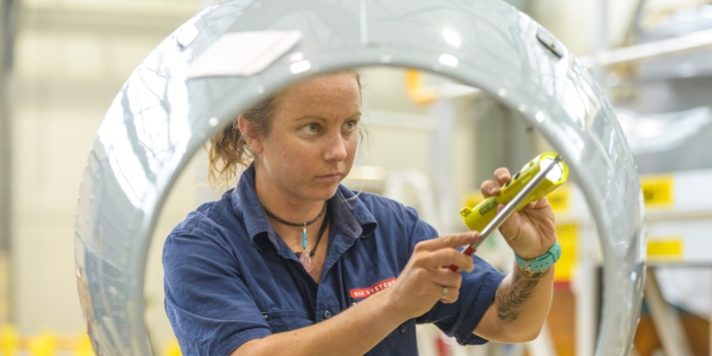 The first F-35A was inducted into BAE Systems Australia’s Williamtown maintenance depot at an event on Monday.

The Australian fleet of Joint Strike Fighter aircraft stood at 33, said prime minister Scott Morrison. The fleet is maintained at RAAF bases at Williamtown, NSW and Tindall in the Northern Territory.

The maintenance, repair, overhaul and upgrade depot at Williamtown has been selected as a depot for southeast Asia, and will host Australia’s F-35A aircraft and in future other nations’ F-35 aircraft. BAE has hired 25 ex-Jetstar workers, laid off due to Covid-19, at the site.

Defence industry minister Melissa Price said at the event that the induction was “really… a celebration” of Australia’s defence industry.

“Whether it’s Marand vertical tails or Lintek circuit boards, the only ones that make them in Australia by the way, this is an example of what we’ve been able to build here,” she said.

Over 50 Australian companies have been awarded $2.7 billion on contracts on the JSF so far. In December, composites specialist Quickstep marked delivery of its 10,000th part for the program, with these cumulatively worth around $250 million in revenues.