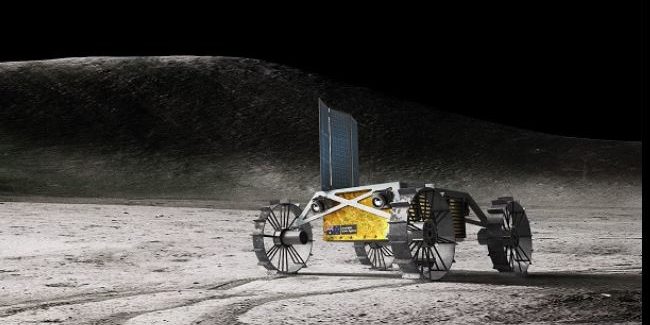 The design, part of the Seven Sisters consortium of leading space companies bid to be part of NASA’s ground-breaking Moon and Mars missions, was developed ‘courtesy of Hassel Studios’.

Fleet Space’s CEO Flavia Tata Nardini said her company was standing with some of Australia and the world’s leading space and non-space organisations in a bid to further exploration of the Earth, Moon and Mars.

She said: “We are proud to be part of one of the world’s great centres of excellence for the development of leading space exploration technologies.

“Involvement in endeavours like the Seven Sisters Project and its bold mission to support NASA’s ground-breaking moon and Mars missions are vital to growing a sector of increasing strategic importance for our nation.”

Fleet is seeking to draw upon this strategic support through the bidding process for the Trailblazer Programme, which will provide federal funding for the Seven Sisters consortium.

The Seven Sisters is an initiative to discover abundant resources for humanity’s exploration of space through the implementation of Australian surface exploration and construction technologies inspired by the mining sector.

NASA intends to fly the rover to the lunar surface provided it meets a range of conditions during this phase of the collaboration. It is expected to launch in 2026.

The Australian Centre for Field Robotics and Rio Tinto have jointly developed remote controlled and autonomous systems in use in the Pilbara region of Western Australia.