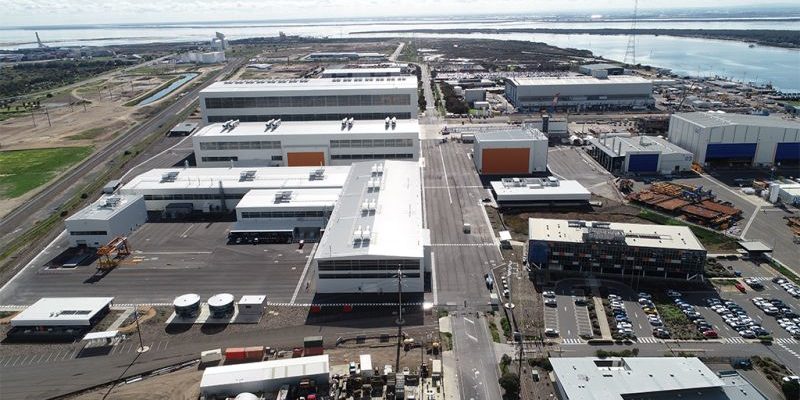 Built by Commonwealth-owned Australian Naval Infrastructure, the shipbuilding subsidiary of BAE Systems Australia plans to build the vessels in what will be the world’s first fully digital shipyard.

This week the company took control of the final building in the greenfield site, Building 20, where steel for the advanced submarine hunting warships will be cut.

Installation and commissioning of equipment and employee training has been underway for some time, ready for the frigate prototyping phase which will begin in two weeks time.

Five representative ship blocks will be built using Australian steel, and the systems, processes, facilities and workforce competencies will be established and tested.

With construction starting on the first Hunter class frigate in 2022, Australian Naval Infrastructure is now constructing a new submarine yard north of the site where Australia’s Attack class submarines will be built.