Frontiers in additive manufacturing – from CNC to 3D 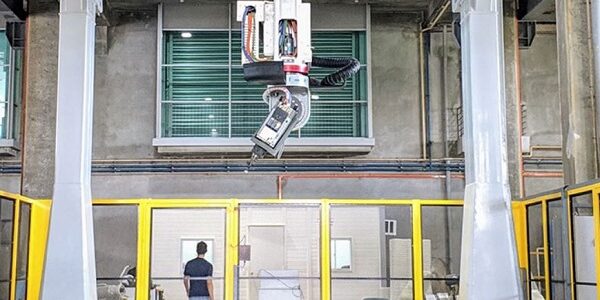 Retrofitting was a great option for companies to automate control of machine tools using a computer instead of punch cards, and Bruce Rowley and his company CNC Design installed the country’s first 60 systems, later going on to become one of the world’s largest CNC retrofitting and motion control and drive companies.

The company is well known in its field but little known elsewhere, as the company chose to become Siemens NC controls Australian and South East Asian partner only three years after its founding, representing that brand rather than branding machines of its own.

CNC Design managing director Bruce Rowley told @AuManufacturing: “The key thing in this sort of partnership is we looked at what do they need, not just what do we need.

“That is the only way to grow along with a big company – you have to align your strategy with their strategy.”

Nonetheless said Rowley, you have to have a niche specialisation, and CNC Design focused on wheel lathes, roll grinders and gear cutting.

Today its 150 staff build mechatronic solutions at Nunawading in Melbourne – onshore manufacturing protects its intellectual property from being acquired by competitors – for export to Indonesia, New Zealand, Thailand, Malaysia and Singapore where assembly takes place.

“Early on we were in a technology niche in Australia for retrofitting.

“There wasn’t a lot of capability here at first, and we quickly became the incumbent in that space.”

The company weathered the ups and downs of manufacturing in the decades that followed through market diversity – it has been on the ground in Jakarta for 30 years – global leadership in retrofitting particular machines, and tightening the belt while retaining key staff during downturns.

Rowley did not hesitate to take on his first additive manufacturing job seven years ago when construction company Multiplex asked him to develop a machine to print wax moulds to produce curving thermoplastic panels that line the interiors of underground stations on London’s new Elizabeth line. The result was what was then the world’s largest 3D printer, and the launch of CNC Design into building 3D printers utilising Siemens CNC controls and Güdel gantries and components.

“The printer played to our core strengths.

One of the largest is the company’s Virtual Smart Factory 3D concrete printing machine built for Singapore’s Housing & Development Board (main picture).

Rowley agreed that there were similarities in the growth of CNC industry in the 1980s and 1990s and today, and that there were opportunities for Australian companies to innovate and thrive building specialised additive manufacturing machines.

To that end CNC Design has established an additive manufacturing applications development centre in Melbourne, as well as forging links with RMIT and Swinburne universities.

Said Rowley: “We want to be able to develop our own capabilities to develop new materials for 3D printing.

“Over the past two years we have invested $4 million (in the centre), and we have probably got another couple of years of investment to go.”