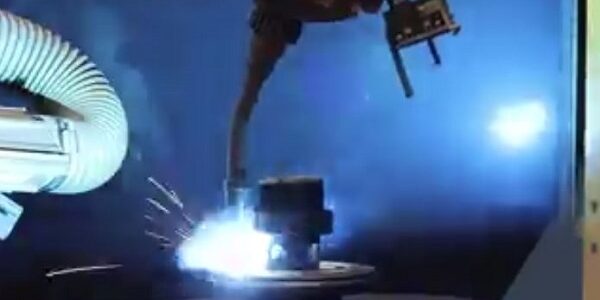 @AuManufacturing’s latest editorial series, Frontiers in Additive Manufacturing turns to the thriving startup world of metal additive manufacturers. Here, Peter Roberts looks back in time, and asks how can Australia make sure today’s crop of young companies grow and prosper, and remain in Australian hands.

The times are similar – both CNC technologies and metal additive manufacturing were and are in their relative infancy, and both see a low Australian dollar and relatively high local competitiveness.

There was and is massive interest in both technologies, sparking numerous Australian entrepreneurs to build novel machines either developed from collaborations with public sector research or from their own technologies.

And there were and are customers willing to work with startups and young companies to meet their particular needs and ambitions.

In the 90s the customer was a resurgent automotive sector, and more importantly customers world-wide – it was the first flowering of Australian mini multi-nationals. Today the eager customers are in defence, space and aerospace.

But we should all hope that is where the similarities end.

For the 90s ended mostly in disappointment for the likes of Farley, LaserLab, Machine Dynamics and Kirbys – they either failed or have been taken over with production largely offshored.

One mini multi-national has survived — ANCA — which manufactures specialised tool sharpening machines. ANCA prevailed because of strong leadership, ownership of core machine control software technology and the fact it was in a tiny niche where competitors were largely native to other high-cost countries such as Germany.

But the real killers then were difficulty in accessing capital – investors rushed to invest in speculative mining and shunned technology manufacturing which was harder to understand and perceived as more risky.

Then there was the early 2000s minerals boom and the very high for very long Aussie dollar which disadvantaged all Australian manufacturing.

Today there are numerous metal additive manufacturers doing well, three of which I will mention here because they illustrate the potential for long term growth based on their leadership and strategies and especially their technologies and relationships:

These examples illustrate the great potential of Australian metal additive companies, but also the early stage of their journeys to maturity.

Some of the factors playing against Australian manufacturing in the past have dissipated today – the currency is low, sentiment supports local manufacturers, and once super-low wages in places like China are no longer low.

And, of course, everywhere is wary of extended supply chains and everywhere suffers the same shortages of skilled labour.

But the worry is that many of the issues evident in the 1990s are still with us today.

The financial community is wary of manufacturing – the share prices of even the most promising ASX listed young technology companies have mostly halved over the past six months.

Perhaps consumer sentiment, modest tax reform, and the dynamism of today’s additive manufacturing companies will see a better result today than in the 1990s.

For additive manufacturing is a technology in its infancy but one that has a huge future.

And a country that has ambitions to manufacture more of what it consumes cannot achieve that unless it has a vigorous machine development and manufacturing sector.

We were promised and lost one in the 1990s. Let’s not let that happen again.