Global carbon fibre market set back “four to five years” on the back of aerospace, automotive slump 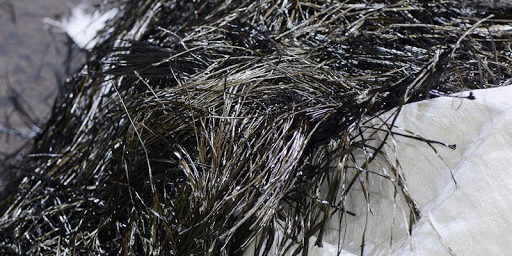 A new report has significantly downgraded expansion in the market for carbon fibre-reinforced polymers versus 2017 predictions, with the biggest change in the aerospace sector.
Lux Research’s The Future of Carbon Fiber Composites anticipates overall growth by value set back “four or five years”. In 2017 it forecasted total annual demand of $US 65 billion by 2025. Now a predicted value of $US 64 billion is forecast by 2030.
By sector, the commercial aerospace market represents the biggest slump “even before the double impacts of the 737 Max production halt and the COVID-19 pandemic.” A forecast of 27,000 tons for this year is now revised to 21,000 tonnes for aerospace. The prediction was 45,000 tons used by that sector in 2025, which is now expected to consume 35,000 tons in 2030.
Automotive usage has also been revised since 2017. 64,000 tons in 2030 is the new forecast, about five years later than the 2017 version. Sales and profits “were hit before COVID-19” and plummeted further.
Offshore wind energy is tipped to be the biggest driver by sector. Pressure vessel applications are also believed to remain strong, with “strong growth” between 2025 and 2030 driven by hydrogen adoption.
Other major trends include the increase in recycling startups, with a focus on post-industrial waste. A need to grow post-consumer waste recycling is noted.
Recycling and standardisation are two related issues for the future of CFRP, and key to growing the sector, according to Lux.
“Standardization will be the key to enabling and expanding carbon fiber recycling into a more global and unified system, and to providing supply chain security,” according to  Drishti Masand, the lead analyst on the report and a research associate at Lux.

“Recycled carbon fiber will expand the value of the market and create new adoption of CFRPs overall without cannibalizing existing applications. With a broader value chain and opportunities for more companies to manufacture with carbon fiber, the number of companies and industries looking at CFRP as a new material option will expand.”

“The Chinese government has already initiated precursor standardization, which could act to catalyze change across the entire industry for companies to remain competitive and maintain market share.”