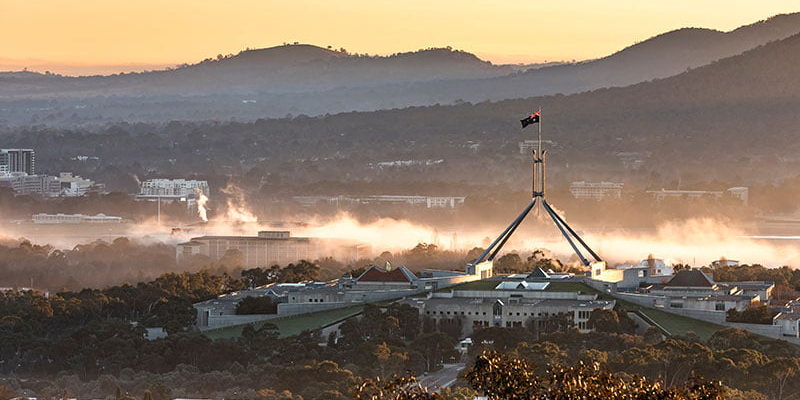 Highly controversial reforms to the research and development tax incentive have been officially scrapped in a “huge win” for the tech sector, with the federal government backing down from its plan to cut $1.8 billion from the scheme.

After two and a half years of uncertainty, the federal budget on Tuesday night confirmed the government’s backflip on most of the more contentious elements of its reforms to the research and development tax incentive (RDTI), including a cap on claims for smaller firms and a complicated “intensity measure” for larger ones.

It comes just a week before the Senate Economics Legislation Committee is due to deliver its verdict on the legislation, after originally being set to report back in March. The Coalition has planned to cut almost $2 billion from the RDTI for well over two years, but its attempts have been stalled in Parliament and knocked back by its own senate committee.

Treasurer Josh Frydenberg spruiked a $2 billion investment in R&D on Tuesday night, but the overwhelming majority comes from the government abandoning its own planned changes to the RDTI, which would have shaved $1.8 billion from the scheme over the forward estimates.

Under the new reforms, smaller firms will see the size of their tax offset increased and won’t be subject to a cap, while larger companies will still be subjected to an “intensity measure”, but with only two tiers.

The Treasurer talked up the importance of R&D in his budget address, saying it will be “critical to Australia’s future economic prosperity”.

The government’s backdown on the RDTI is gratifying for the tech sector and signals a focus on the job-creating ability of the industry, StartupAUS CEO Alex McCauley said.

“It’s a huge win for the whole tech sector. To have the backbone of government support for the sector treated as a vital investment in the country’s economic future rather than as a program growing in cost that needed to be pared back,” Mr McCauley told InnovationAus.

“Absolutely that’s the way we’ve been advocating for it to be seen for a very long time. It’s really gratifying the government has listened to the sector and is now putting it into action.”

The changes also won’t be implemented until July next year, removing the ongoing uncertainty that has surrounded the scheme for the companies accessing it.

“Overall, it’s a fantastic thing that the government is seeing the RDTI as a program to support businesses investing in growth and using it as a lever to help companies bounce back from COVID,” Mr McCauley said.

“We know particularly for young firms the RDTI is a jobs program. It helps support those firms hire more people to do more R&D. That’s really positive that the government has clearly heard that message, paid attention to the data and is targeting the right firms to help those jobs be created.”

Under the “enhancements” to the scheme, companies with annual turnover less than $20 million will have their refundable tax offset set at 18.5 percent above the claimant’s company tax rate. The planned $4 million cap on claims has been scrapped.

The current RDTI scheme provides a 43.5 percent offset not linked to the company tax rate for these companies, while the legislation currently before Parliament would have linked the offset to the tax rate plus 13.5 percent.

For larger companies, the planned intensity measure has been reduced to a two-tiered system which will provide “greater certainty for R&D investments while still rewarding those companies that commit a greater proportion of their business expenditure to R&D”.

The measure will be based on a company’s R&D intensity as a proportion of its total expenses.

These companies currently receive a 38.5 percent offset not linked to the company tax rate.

The start date for these changes will also be pushed back to 1 July 2021, following sustained concerns over the government’s plan to implement the now-scrapped changes retrospectively.

The other elements of the 2018 reforms, including an increase of the expenditure threshold from $100 million to $150 million, will be retained.

The reforms will cost the government an estimated $2 billion over the forward estimates.

The legislation currently before Parliament, implementing the government’s previous planned cuts to the RDTI, will likely be scrapped entirely.

The RDTI currently provides a 43.5 percent refundable tax offset for companies with annual turnover less than $20 million, and a 38.5 percent non-refundable offset for larger firms, with a $100 million expenditure threshold.

The reforms were first flagged by the government in the 2018 budget, and the Coalition attempted to pass the legislation through Parliament last year. But it was knocked back by the government-led Senate Economics Legislation Committee, which recommended a series of changes to the bill.

The government reintroduced the legislation to Parliament late last year with some minor tweaks, including a change to how the intensity measure is calculated and pushing back the start date to the 2019-20 financial year.

But the legislation stalled in Parliament again this year, and is still the subject of a new inquiry by the same committee that knocked back largely the same bill last year.

The changes have been widely criticised across companies and industries over the last two and a half years, through a number of inquiries, submissions and public hearings. There was a widespread concern that they would reduce the size of the offset for most companies accessing the scheme, and leave many to move their R&D activities offshore or relocate entirely.

High-profile companies such as ResMed, MYOB, Canva and Atlassian, along with a number of representative industry bodies and the federal Opposition, had voiced their opposition to the changes.

There were also concerns that the changes were to be applied retrospectively to the 2019-20 financial year, with companies potentially facing having their RDTI claim clawed back at some point in the future.

The industry department is currently consulting on the experience of accessing the RDTI and interactions with the government, with tech companies also calling for clearer wording around the eligibility of software claims.