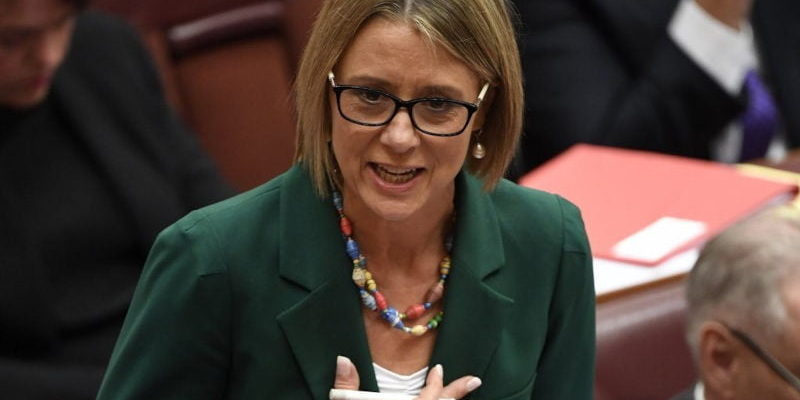 The federal government has blocked the release of departmental briefing documents for its billion-dollar manufacturing fund, amid Labor’s accusations that rorting has been “baked-in” to the grant scheme.

The Senate this week approved a motion to force the government to table “decision briefs and merit assessment packs prepared by the Department of Industry…with respect to the Translation and Integration funding streams of the Modern Manufacturing Initiative” by Wednesday.

But industry minister Christian Porter refused to do so, claiming the public interest immunity exemption and that doing so would breach the privacy of applicants.

It came in the same week that the Coalition also refused to comply with a separate Senate order to release a report into its Industry Growth Centres that it has been considering for the last eight months.

Labor Senator Murray Watt slammed the government’s “stonewalling”, saying that it is a “gross dereliction of duty”.

“Community groups, businesses, entrepreneurs and industry must be assured that, when they dedicate their time and resources to making grant applications, the decisions to award funding are fair and merit based, not based on political motivations and self-interest,” Senator Watt said.

“Absent this assurance, the efficacy of government programs is undermined and deserving applicants lose faith in the role of government. Access to government support for Australian manufacturers should not be contingent on what is politically convenient for the Liberals.

“Sunlight is the best disinfectant, and if Minister Porter is prepared to stand by his funding decisions then he must produce these documents.”

The $1.3 billion Modern Manufacturing Initiative was unveiled by the federal government last year as a flagship policy of its pandemic recovery efforts. It is made up of three funding streams: manufacturing collaboration, manufacturing translation and manufacturing integration.

The translation and integration streams provides grants to projects translating high-quality research into commercial outcomes and to support businesses to scale-up and be more competitive and resilience.

Applications have now closed for all six key priority sectors and are currently under consideration. Successful applicants for the space sector are the only ones to be announced so far.

The streams provide grants of between $1 million and $20 million for up to 50 per cent of a project.

The collaboration stream of the initiative, providing grants of up to $200 million to large-scale projects, has come under the spotlight recently after it was revealed that Prime Minister Scott Morrison will have the final say on where the money is allocated.

Under guidelines recently released, Industry Innovation and Science Australia will review the applications and advise the industry minister, who will make recommendations to the Prime Minister.

Applications to this stream of the fund opened on Wednesday, with assessments to take several months, meaning the grants will likely be announced in the lead up to next year’s election.

Shadow minister for government accountability Kristina Keneally has said this might mean the scheme becomes a slush fund to be used during the election campaign.

“This grant is clearly being structured in such a way as to streamline pork-barrelling and proactively stymie scrutiny by attempting to normalise the same process that was so heavily criticised during sports rorts,” Senator Keneally said.

“What this grant represents is the formal baking-in of the infamous colour-coded spreadsheets – a complete subversion of the Westminster system of ‘ministerial accountability’ and the creation of a new normal where Mr Morrison decides who gets what based solely on his political ambitions.”

Earlier this week the government also refused to comply with a Senate order to produce a report into its Industry Growth Centres which it has been sitting on for well over six months. Industry minister Christian Porter said the government is in the “final stages of its deliberations” and cannot release it before this has concluded.

On Wednesday, Labor Senator Murray Watt unsuccessfully attempted to move a new motion requiring the report to be tabled on Thursday or for the minister representing the industry minister, which would be Liberal Senator Zed Seselja, to make a speech in the Senate explaining why this was not done.