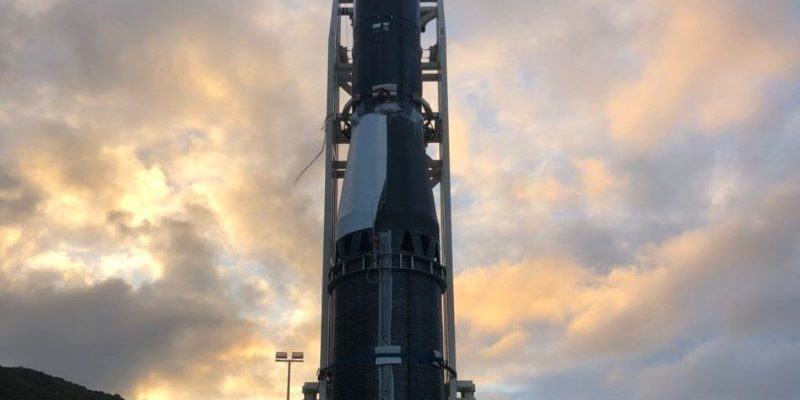 Southern Launch received a launch site licence for the facility last month to launch up to three sub-orbital rockets, which will collect environmental impact data to assist in determining the site’s viability as permanent launch location for future sub-orbital and orbital launches.

The company is leading Australia’s space race, having received the only two launch facility licences issued by the Australian Space Agency so far. But it is facing opposition from local residents, traditional owners and conservationists about the impact of its facility, which is located in a pristine coastal environment.

A date for the tiSPACE rocket launch is yet to be set but is expected to be confirmed in the coming months. The rocket counts as one of Southern Launch’s three test launches and will collect environmental impact data.

for the planned permanent facility.

Minister for Industry, Science and Technology Christian Porter announced the launch permit on Monday, saying it marked an important milestone for the local industry.

“This is an important outcome in establishing Australia’s commercial launch capability and demonstrating what our country can offer to the international space sector,” Mr Porter said in a statement.

The Taiwanese company is also considering basing rocket manufacturing in Australia, according to the federal government, which is in the early phases of negotiating a treaty with the US to bring more American space technology to the country. Controversial fees charged by the government for launches have also been waived for one more year to boost the local sector.

Southern Launch chief executive Lloyd Damp said the company was looking forward to working with the international company on a local launch.

“Southern Launch is pleased to be partnering with TiSPACE to conduct the first test launch at our Whalers Way Orbital Launch Complex on the Eyre Peninsula,” Mr Damp said.

“This is an exciting development on our journey to establish the first site in Australia capable of launching commercial satellites into orbit, enabling South Australia to start capturing part of the $5.5 billion global space launch market.”

Australian Space Agency head Enrico Palermo said the local sector is serious about its role in the global space race.

“This is a significant milestone that will help pave the way for future commercial launches from Australia,” Mr Palermo said.

“We are passionate about growing a thriving space industry – one that can open doors for our national space sector to launch technologies from home and attract greater investment from international launch customers.”

The Australian Space Agency is currently looking at how it can leverage existing industries to help with space missions, and has flagged the resources sector as a potential help with autonomous technologies.

The agency last week told InnovationAus it is currently drafting several roadmaps to cover new areas of focus and has not ruled out running its own launch facility as NASA does in America.