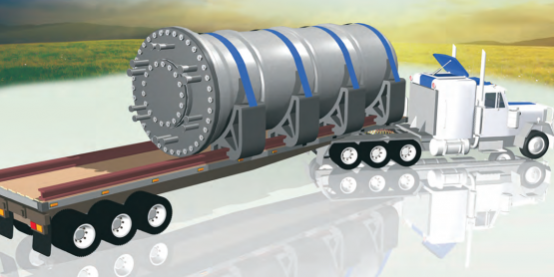 Yesterday Australia signed a treaty with the US and Britain, formalising access to nuclear submarine secrets under the AUKUS strategic partnership.

The agreement will allow a detailed assessment of Australia’s submarine options, and open the door for Australian personnel to undergo nuclear training in the US and UK.

He said he would like more opportunities for Australia to be involved in the early stages of weapons systems, as it was with the rollout of the F-35 Joint Strike Fighter program.

“That’s the best way to understand the technology and how it can be used,” the Australian diplomat said. “That’s also the best way to maximise the benefit — not just militarily, but industrially.”

Earlier in February this year I formed the Nuclear Skills Forum to bring industry leaders and world-leading researchers together for opportunities in the global nuclear industry. We’ve had meetings regarding manufacturing of small modular reactors (SMR) with NuScale Power from the US and Rolls Royce from the UK. We meet on the factory floor of our participants to share knowledge and expertise. The September announcement of The Forever Partnership – AUKUS — has changed the game and Australian manufacturers have a tremendous opportunity to grow into global supply chains and lift skills to enter new markets.

To ready their new technology for deployment, NuScale Power has designed and built demonstration facilities to validate the performance and safety of their small modular reactors. (NuScale is the first company to receive design approval for an SMR from the U.S. Nuclear Regulatory Commission). The state of the art facilities are supplemented by off-site testing programs, evaluation by customers and technical experts and strong collaboration with universities and national laboratories.

Technology that is tested, validated and ready for commercial deployment.

Now Rolls-Royce has been backed by a consortium of private investors and the UK Government to develop small nuclear reactors to generate cleaner energy.

The creation of the Rolls-Royce Small Modular Reactor business was announced in October following a £195m cash injection from private firms and a £210m grant from the UK Government. It is hoped the new company could create up to 40,000 jobs by 2050.

UNSW recently received significant funding from the William Tyree Foundation for their expanding nuclear engineering program and to foster the skills in Australia for using future technology. The funding will support scholarships for approximately 20 domestic students to obtain a master’s degree in nuclear engineering from UNSW’s School of Mechanical and Manufacturing Engineering, along with top-up scholarships and research expenses for research students. Funding will also support work placements with industry partners and other professional development opportunities for the Tyree Scholars.

Our next meeting of the Nuclear Skills Forum is at Omni Tanker and will feature presentations by Rolls Royce Defence and other industry participants. Arthur Sinodinos launched Omni Tanker’s latest project into the United States. With industry leading the charge and partnering with our great researchers to address new markets, I have no doubt that Australians will develop new technologies and methods to excel and add further value to the nuclear industry.

With the largest Defence budget in our nation’s history, along with the launch of the Australian Space Agency and now the AUKUS Partnership, the opportunities for Australian manufacturers to diversify are growing. The Forever Partnership is already proving to be much more than just submarines. Let’s go for growth.