Is now the time to cut local content requirements? 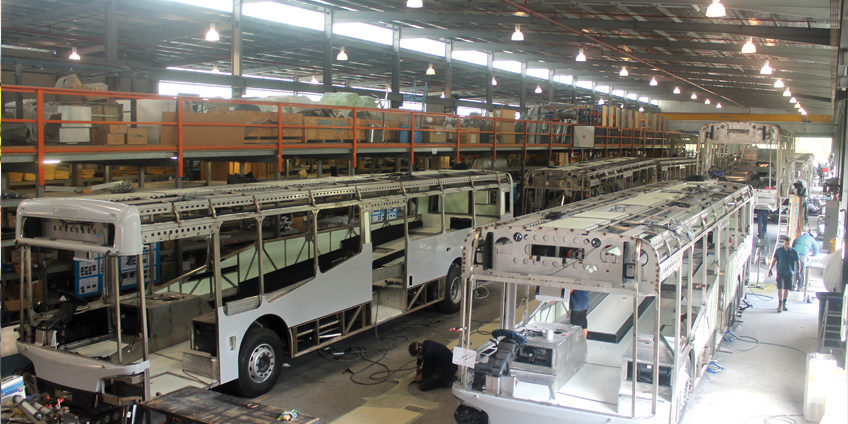 As we enter 2019 we are seeing a a gradual slowing of the Australian economy, with manufacturing’s contraction in the most recent month just one of the early warning signs things are off the boil.

A combination of a tapering off of infrastructure spending, soft consumer confidence linked to falling real wages and house prices, and uncertainties over the US-China trade war threaten an end to a long period of economic growth.

With government spending remaining one of the drivers of growth, why is the South Australian government cutting requirements for local content in major state purchases.

The local Advertiser newspaper has reported that the requirement for local participation in the state’s new $300 million bus tender has been halved from 30 to only 15 per cent.

The previous government had been nurturing bus manufacturing, spending $2 million to lure Queensland’s Bustech into an SA joint venture that has built Australia’s first low-emission and fully electric buses.

The venture with former automotive component suppliers, Precision Components and ZF Lemforder, has won interstate contracts for 50 buses and positioned itself to tender locally.

Bustech, Australia’s only company making urban buses from the chassis up, also won a $45 million contract to work with Elphinstone Pty Ltd to build low-emission buses in a factory on the island’s north-west coast that previously made underground mine vehicles.

The various state governments around the country display a variety of procurement models for public transport vehicles.

They range from Victoria’s long term feeding of contracts to local suppliers such as Bombardier, to New South Wales’ ‘import the lot’ apparent belief that foreign suppliers are cheaper.

South Australia’s conservative government had seemed to sit in the sensible centre of these state extremes, attaching a local preference clause to its purchase of 50,000 solar PV and battery systems for the state’s public housing network, for example.

It could just have comfortably, given its generally progressive nature, have opted to be the first in Australia to order in large numbers the type of electric buses which increasingly dominate streets in China.

The government makes no claim that buying local is more expensive, so why not build on its new capabilities?