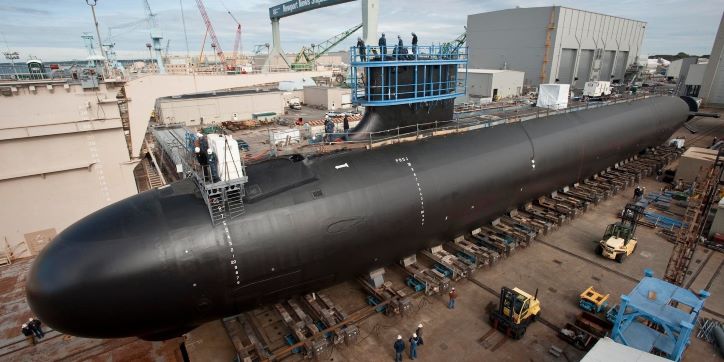 The big news for defence industry keeps on coming this week with defence minister Richard Marles focusing on elevating the role of Australian industry in Australia’s Anzus and Aukus pacts with our long-time ally, the United States.

On Wednesday Marles, who is deputy prime minister, pledged to strengthen Australia’s defence industries and integrate industry more closely with supply chains of our Aukus partners, the US and the UK.

Now yesterday, speaking at the opening of an office of the Australian Strategic Policy Institute think tank in Washington, Marles said there had been enormous progress over several decades in boosting the interoperability between Australia and US defence forces.

Marles said: “(This is) the extent to which Australians were embedded in the American system and vice versa.

“We need to be building that level of seamless interaction within our industrial basis as well. And that’s been a big theme of the conversations we’ve been having this week.”

Marles repeated insistence in his US tour that Australia’s defence industries should move from relative isolation in the local market, to one of partner and supplier to our closest allies is a step up in the rhetoric of the former coalition government.

From 2016, under our first defence modern era industry minister, Christopher Pyne, the coalition put a huge effort into building collaboration, innovation and capability of our SME defence manufacturing sector.

There was also an effort, and some success, in changing the Australian defence department’s attitude to buying from local firms.

The coalition’s stance was politically motivated – it was trying to repair a disastrous standing in South Australian seats following comments from the then defence minister that Australia would import submarines, and that the Australian Submarine Corporation could not be trusted to build a canoe.

But that is unimportant given the increasing penetration of local firms into major defence programs – not yet a flood but a start nonetheless – and the better opportunities at least available to SMEs to enter global supply chains.

Marles has said that his main focus is getting Australia’s decision on future submarines right after the dithering (of Labor) and disaster (of the coalition) in their handling of submarine choices.

This suggests that the doomsayers who regularly suggest Australian industry will not get a look in on future submarine construction are very wrong indeed.

Whether we have an interim conventional submarine, and/or buy UK of US nuclear submarines, they will be built in Australia and they will have maximum Australian input.

More than that, Australian industry will supply components and systems into the US and UK programs.

This opens the possibility that we will build n-submarine modules – such as crew quarters – in Adelaide and some of those might end up in boats of our allies.

In return we will import the modules that contain the nuclear propulsion systems.

The submarine construction industry in the US and the UK are creaking under the strain and unable to ramp up their own construction potential.

Integration of our supply chains with theirs, sounds like a win-win for industry.