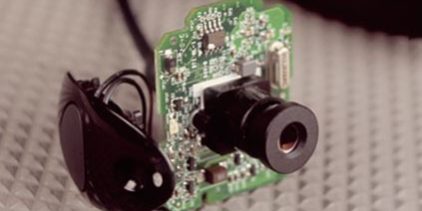 The federal opposition has promised an Australian Strategic Research Agency in the style of highly successful overseas research models should it win the upcoming federal election.

O’Connor said: “ASRA will bring Australia into line with our AUKUS partners by creating a new research and development agency established within Defence to fund pivotal research in breakthrough technologies for national security.

“ASRA will boost Australia’s involvement in technology sharing and research and development, through the new AUKUS partnership.”

Australia has traditionally relied for innovation on major defence contractors and the publicly funded research sector, such as Australia’s Defence Science and Technology Group (picture).

The Coalition government has had a focus on funding company research into defence industry needs more directly since 2016, however overall R&D spending has fallen with Australia’s overall spending as a percentage of GDP down from 2.11 per cent in 2011-12 to 1.79 per cent in 2019-20.

The Labor model is set to take the benefits of a focus on defence research already being achieved to another level.

O’Connor said: “ASRA would ensure cutting-edge research from public sources, such as universities and industry, and classified research from industry and other government agencies (such as CSIRO, are supported and co-ordinated.

“ASRA will also aim to leverage private investment into its research priorities. It will ensure the development of sovereign research capabilities for Australia, especially in getting prototypes to delivered technology.”

DARPA’s method begins with the identification by defence of emerging technology needs, with DARPA bringing together world-class experts from industry and academia to work on projects of relatively short duration.

In this way its work resembles that of Australia’s highly successful Cooperative Research Centre scheme, however with defence as a ready customer it adds the element of reducing risk and providing a market for successful systems and technologies.

“Famous commercialised projects from DARPA include the internet, the computer mouse, GPS, and Siri.”