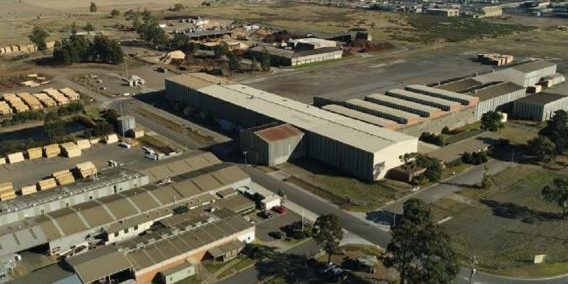 The company has purchased the buildings (pictured) it has been leasing at 320 Tramway Road from DG & and J Di Fabrizio Steel Fabrications for $4.5 million where it plans to extract and sell magnesium metal and cementitious material from industrial fly ash from Yallourn brown coal power generation.

It has also secured $23 million in project funding and will withdraw $20 million in FY221 with a $3 million standby line in FY23 making it fully funded to construct a planned $39 million plant to use its Hydromet technology to extract valuable materials from fly ash.

LMG has completed a feasibility study validating its combined Hydromet/thermal reduction process and plans an initial 1,000 tonne per annum magnesium plant in 2022.

Plans call for scaling up to 10,000 tpa and ultimately 100,000 tpa, which would utilise both fly ash and ferro nickel slag feedstocks.

The proposed plant can be connected to a solar PV power generation plant under development nearby, making production of clean magnesium possible.

LMG plans to sell the magnesium under long-term contracts to customers in the US and Japan.

The metal has a high strength to weight ratio and is used in the manufacture of car parts, laptop computers, mobile phones and power tools.