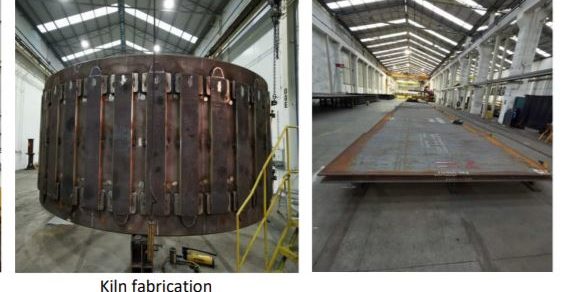 Lynas Rare Earths pushed ahead with the construction of its new Kalgoorlie cracking and leaching plant during a December quarter which also saw record sales revenue of $119.4 million.

The Perth company told investors that neodymium and praseodymium (NdPr) production during the quarter was 1,367 tonnes, up from 1,342 tonnes in the previous corresponding period.

NdPr are critical metals used in the production of permanent magnets and high technology products, with Lynas the only significant producer outside China.

During the quarter Lynas has placed contracts for key elements of the new plant for Kalgoorlie including large pressure filters, agitators, steel and rubber lined tanks, FRP tanks and spray towers.

The Kalgoorlie plant will process concentrates from the company’s Mt Weld mine to remove radioactive elements before despatch to its advanced metals facility in Malaysia.

During the quarter the Malaysian plant, which has been at the centre of environmental protest and tightening Malaysian regulation, was affected by flood and a third wave of the Covid-19 pandemic.

Shipping schedules were also disrupted with some shipments delayed by up to 32 days.

During the quarter Lynas:

Lynas noted that demand for electric vehicles was rising, more than compensating for decreased demand in other automotive segments.