Manufacturer of the Year prizewinner steps up a gear with robotics 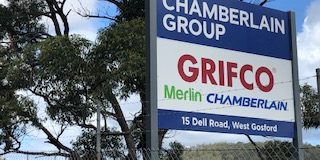 Last week Chamberlain Group won the Manufacturer of the Year prize at the Hunter Manufacturing Awards. Brent Balinski speaks to its operations head in Oceania, Graeme Sheekey, about a recent robot roll-out.

Around about 2015, the then-101-year-old Grifco was feeling capacity constraints. It was some way into its Lean transformation, which began around 2012, and was struggling to meet demand for its door and shutter operator products.

Where else to look but automation? Graeme Sheekey, Head of Operations in Oceania for parent company Chamberlain Group since 2017, says workers were initially leery when the robotics conversation was raised. Adopting factory robots is an area where Australia lags other developed nations, and experts argue this needs to change. Workers’ minds, though, generally turn straight to one question: will this take my job? 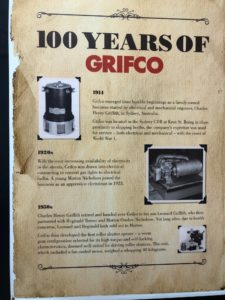 “People were definitely worried when we mentioned the [words] automation and robotics. They automatically thought it would be to reduce headcount; I think all it’s done is it’s reduced the need for any overtime and any weekend work,” Sheekey tells @AuManufacturing during an open day visit last week.

“If you go back 12 months ago we were doing a lot of overtime and we couldn’t have actually done any more machining. Now, with this second robotic cell, we’ve increased our capacity.”

Headcount is unchanged, and around 35 are employed at the West Gosford site – 15 on the factory floor. The first robot, originally used to move worm shafts and gears in, out and around of machining centres, was joined by a second robot early this year. Both are only at about two-thirds of capacity, and cycle times have come down from six minutes (during the “jack of all trades” early days of shafts and gears) to about three.

The first cell is now used purely to make gears. The second – which came online in May – makes shafts. Each moves blanks through machining, then washing and gauging and sets finished parts down on a pallet. Operations in each cell can continue when everyone’s gone home for the night.

Parts then move on to the final assembly area, and are put together with imported motors, castings and electronics. Locally-made content levels have changed over the years. The assembled product (pictured) when we visit is an eDrive unit for roller doors. 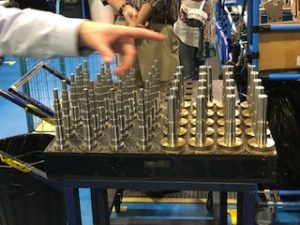 What is produced in-house has to make sense. What doesn’t stack up is outsourced, with the focus is on where the most value can be created at Grifco. This includes product development and design, and nine engineers at the site are devoted to this, both for locally-made products and ones assembled elsewhere by Chamberlain.

A third robotic cell is being planned at Grifco, depending on whether or not four export projects in the Middle East and North America bear fruit. The required capacity to serve markets outside ANZ just wasn’t there in the pre-robot days, says Sheekey.

“So we’re preparing ourselves for future growth and then we can invest in more robotic cells.”

Further investments also include new equipment for the injection moulding line, and assistance for this is being sought through the recently-opened federal Manufacturing Modernisation Fund.

The company’s modernisation efforts so far won it the Manufacturer of the Year prize at the Hunter Manufacturing Awards last week.

Sheekey credits looking outside his business as part of its success. He mentions organisations such as AusIndustry and the Advanced Manufacturing Growth Centre, as well as Central Coast Industry Connect, which runs local collaboration and connection programs. 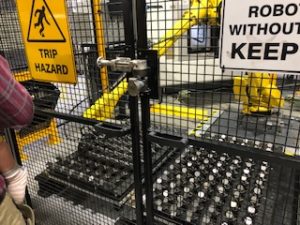 Both production cells were installed/delivered by Okuma Australia and Automated Solutions Australia.

You don’t progress by doing things the same way indefinitely, agrees Sheekey. New ideas can come from internal sources – employees contribute roughly 10 suggestions a month through the continuous improvement program – or from without.

“You can’t just have your head in the sand — you need to learn and grow off other people. What are they doing? They can [be in] different industries: they could be a food industry or a cleaning or fast-moving consumer goods company,” he says.

“But they’re all kind of using the same principles. And without those industry groups, you wouldn’t learn and collaborate as much, because there’s no way I’m just going to go approach Sanitarium, knock on their door and, ‘Can I come and have a look?’”