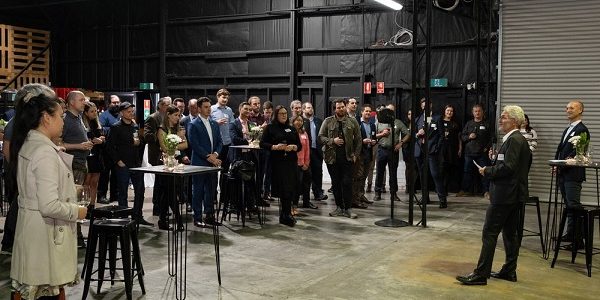 From landfill to useful rail infrastructure

The Victorian Government will invest $1.6 million to install a new production line that will process used plastic bags into durable railway sleepers as part of its Recycling Modernisation Fund. The Integrated Recycling facility in Mildura, where Duratrack railway sleepers made from 85 per cent recycled plastic will be produced, will be expanded to process an additional 1,600 tonnes of plastic and produce up to 35,000 Duratrack railway sleepers each year. Duratrack sleepers require far less maintenance and have a lifespan of up to 50 years, and are able to be further recycled at the end of their service life. Monash University’s Institute of Rail Technology have also previously received $299,200 through the Victorian Government’s Research, Development and Demonstration Grants to undertake field research.

Four New South Wales were awarded a cumulative $23 million in Round 2 of the Integration and Translation Streams of the Modern Manufacturing Initiative (MMI) on Monday. Medical device company EmVision was awarded $5 million to help develop a portable brain scanner to help transform stroke care for patients. Pro-Pac Group was given $13.9 million “to create Australia’s first fully circular supply chain to divert plastic from landfill into high-value packaging products”, Cyclotek was awarded $1.7 million to support a streamlined supply chain of next generation nuclear therapeutics at Lucas Heights, and Thomas Global Systems earned $2.1 million to develop and manufacture military avionics equipment for the global defence market.

Southern Launch has opened its new headquarters following the expansion of its space launch services and applied space engineering consultancy operations in Australia. Located in Hindmarsh, Adelaide, Southern Launch’s new facilities include warehousing of space vehicles preparing to launch as well as increased office space for operational and applied research staff. Southern Launch CEO Lloyd Damp and chairman Vincent Tremaine welcomed guests to the new Australian Headquarters. Damp said growth opportunities stemmed from decisions of the Australian and state governments to contribute to the increased activities across space launch coupled with increased private interest. The new headquarters, said the company, will allow the launch team “to have access to the space vehicles on site during preparations, enabling quicker design and manufacturing iterations, and increased productivity.”

AusBiotech is calling for session proposals and speakers for the life sciences event, AusBiotech 2022, to be held in Perth on October 26 – 28. The group is calling for “Cutting-edge ideas and compelling stories or presentations on new, innovative or break-through research, projects or approaches to industry development, and inspirational session topics are encouraged” for a global biotech audience. The event is resuming after a three-year break, and it is expected to bring in over 1,000 thinkers and inventors from across the Australian and international biotech sector. Applications close at 5.00 pm (AEST) on June 24, and can be made here.

A fourth round for the Queensland government’s Business Growth Fund grants program has been launched, with up to $50,000 per grant available and $2 million in total. According to small business minister Di Farmer, the application process “has been simplified and streamlined,” and companies “have the opportunity to review the guidelines, prepare their applications and be ready to submit when Expression of Interest applications open on 31 May.” Guideline and other information can be seen here.