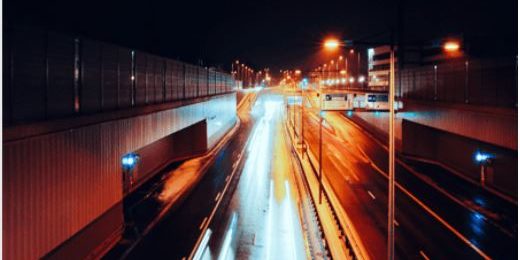 Marine engineering and stabiliser manufacturer VEEM has received an initial order worth $3 million for work relating to the next full cycle docking for the Collins class submarines. The Perth company will provide precision engineering services for the next submarine refit, with further orders likely to take the total to $9 million. VEEM has provided components meeting stringent standards required for the vessels, with the latest contract taking into account potential disruptions from the Covid-119 pandemic and forecast changes in metals pricing.

Genex Power is poised to begin construction of the $777 million Kidston Stage 2 pumped hydro energy storage system following a successful finance raising. ARENA will provide $47 million towards the North Queensland facility, with $610 made available through the Northern Australia Infrastructure Facility. The 250MW/2,000 MWh facility will provide baseload power, and will completed in 2024.

Portable X-Ray machine manufacturer Micro-X has gained US Food and Drug Administration approval to market its Rover bedside machine which will be fitted with a new digital flat panel detector. The Rover is the company’s first own-brand unit to be sold in the US, and will sell alongside Carestream badged units. The new detector and associated imaging processing software will be sourced from Salt Lake City supplier Varex Imaging Corporation. Rover fitted with a Fujifilm detector was approved in 2020 aimed at military markets.

Roadway signage and traffic systems company Traffic Technologies has won $1 million in contracts in Victoria and England. The company will supply and install Intelligent Traffic Control Systems in conjunction with the removal of the Edithvale rail level crossing in Melbourne. Traffic will also supply Rotherham Metropolitan Borough Council its ‘Smart City’ iCells for the control of street lighting. More than 3,600 iCell units will be supplied under the contract.

ANZ dairy manufacturer and exporter Keytone Dairy Corporation has recorded three times the sales to Walmart China in the five months to May than it achieved in the previous corresponding period. The company, which manufactures in New Zealand and at its Australian Omniblend contract manufacturing operations, told investors orders for the five months were $3 million compared to $1.1 million previously. Keytone has received a further for $1.3 million from WalMart China’s Sam’s Club for delivery through to the third quarter. Keytone’s CEO Danny Rotman said his company was seeking new opportunities with new and potential clients.

Animal feed manufacturer Ridley Corporation has sold its underutilised Westbury extrusion facility in Tasmania to Gibson’s Limited. Ridley, which has built and upgraded capacity at several of its plants in recent years, said the sale would reset its manufacturing cost base to better serve the aquafeed market. Customers would be supplied from its expanded Narangba extrusion facility. Ridley will book a pre-tax profit of $7 million upon completion of the sale.

The Vietnamese shipyard of Perth shipbuilder Austal has delivered a 41-metre high-speed catamaran ferry to be operated in the Comoros Islands south-east of Africa. The $15.5 million Maria Galanta Express was built at Vung Tau and delivered to Societe de Gestiuon et de Transport Maritime. It is the second such vessel purchased by the same customer.