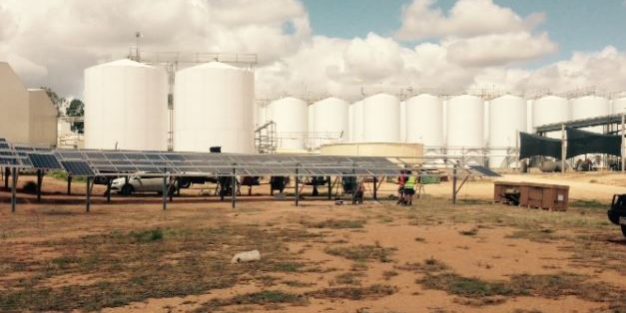 Hydrogen storage device manufacturer LAVO is to collaborate with wine producer Duxton Vineyards Group on the use of LAVO hydrogen storage solutions at its vineyards in the Mildura and Sunraysia region of New South Wales. DV owns and operates over 2,400 hectares of vineyards, as well as a large-scale winery (pictured). LAVO and DV will collaborate on a pilot project to utilise the LAVO System across DV’s vineyards and winery assets.

Hydrogen technology company Hazer Group has begun work on a commercial demonstration plant to produce hydrogen and graphite from methane-rich feedstock at the Water Corporation’s Woodman Point Water Recovery Facility in Western Australia. The company has completed site preparation, awarded contracts for reactor and high-temperature heat exchanger materials and fabrication, and taken delivery of iron oxide as catalyst. Construction will take place during the second half of this year, with costs – escalated by Covid-19 disruptions – now estimated to to be between $20 and $22 million. Hazer is commercialising its Hazer Process low emission hydrogen production process that utilises iron ore as a process catalyst.

Shipbuilder Austal has downgraded its profit expectations for FY21, with an operating profit likely of $112 million to $118 million, down from previous guidance of $125 million. Turnover for the year has been reduced to $1.55 billion by Covid-19 border closures, travel restrictions and resourcing challenges affecting its international operations. The company also made provision for expenses associated with civil penalty proceedings by ASIC in the Federal Court. In the past half year Austal has won a $295 million contract to build a 15th expeditionary fast transport vessel for the US Navy and $56.9 million to demonstrate autonomous ability on EPF 13, the future USNS Apalachicola.

Orthocell gets patent protection for CelGro

Tissue regeneration technology developer Orthocell has been granted patents in China and New Zealand for the use of its CelGro nerve regeneration product in the sutureless repair of soft tissue defects. Using CelGro, a resorbable collagen medical device, to repair tendons, ligaments and nerves avoids the use of sutures, simplifies techniques and reduces surgery time. The new patents add to coverage in Australia and Japan.