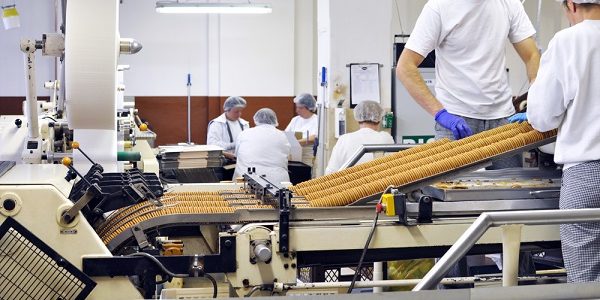 Branded and contract dairy manufacturer Keytone Dairies saw continued sales growth in the first half of FY21 reporting sales of $24.5 million, a figure that exceeded full-year sales in the previous 12 months. The company’s Australian division recorded sales of $19.2 million while New Zealand sales were $$5.3 million. Earnings before interest tax depreciation and amortisation were a loss of $900,000, an improvement on the previous corresponding period’s $2 million loss. The company’s Australian Omniblend factory (pictured) produces dry powder and ready to drink health and wellness products.

Dairy products manufacturer Australian Dairy Nutritionals has sold one of its dairy farms as surplus to requirements. The company sold the Drumborg farm for $6 million partly because it was located two hours drive from its Camperdown processing facility. The company produces premium branded products from milk sourced from its own farms in south west Victoria.

Australian Vanadium has signed an offtake agreement to supply electrolyte to Singaporean vanadium redox flow battery manufacturer V-Flow Pte Ltd. The electrolyte will be used in global battery sales. Australian Vanadium will also supply electrolyte for V-Flow batteries sold in Australia through the company’s VSUN Energy subsidiary. The company has sold the first such battery, a 5kW/30kWh unit for a remote, off-grid residential customer in Western Australia.

Silex Systems US moves to be decided by January

Uranium enrichment technology developer Silex Systems has updated investors on regulatory progress for its proposed takeover of GE-Hitatchi Nuclear Energy’s interests in US enrichment venture. Silex has agreed to buy back control in association with Canadian mining firm Cameco Corporation. The company has been notified by the US Department of the Treasury that the approval process, which began in February, will be completed no later than 18 January. Silex is also developing methods to produce zero-spin silicon (ZS-Si) for use in silicon quantum computing chips.

GoProto has followed the recent acquisition of scanning and digitising business WYSIWYG 3D with the purchase of 3D Systems’ Australian additive manufacturing bureau. The newly-acquired Melbourne site was commissioned two years ago and is the the largest bureau in the region, according to a statement from GoProto, and includes “a full range of 3D Systems production-ready 3D printers and a highly experienced management and operations team.”