Milestone passed for new Rheinmetall site ahead of July launch 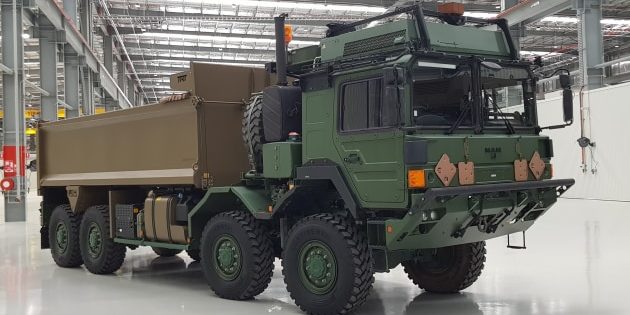 The first elements of the new Military Vehicle Centre of Excellence (MILVEHCOE) in southeast Queensland will be handed over to Rheinmetall Defence Australia on Monday, ahead of the planned official launch of the site in July.

MILVEHCOE will initially repair, integrate and support vehicles delivered under LAND 121 Phase 3B/5B. Among its future activities will be manufacturing and sustainment of Rheinmetall’s Boxer 8×8 Combat Reconnaissance Vehicles, scheduled to begin in 2022. The first 25 of 211 CRV’s are being built in Germany.

The Boxer program would be worth $10 billion over 30 years, said defence industry minister Melissa Price in a statement. The first of these vehicles was delivered in September. The site would be capable of “design, manufacture, sustainment and export of military vehicles, turrets and tactical systems” such as the CRV, said Price.

“The MILVEHCOE will draw on an extensive Australian supply network to deliver products and services from local industry into Rheinmetall’s global supply chain,” she added.