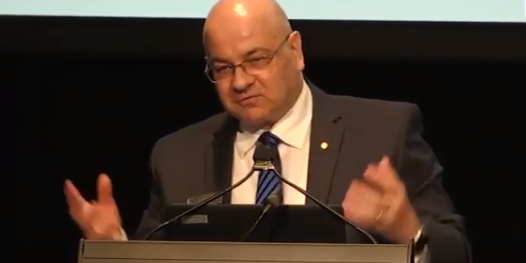 Tradiebot opens for business in the US

Immersive technology developer Tradiebot Industries has established a US trading to promote its digital training, augmented information platforms and virtual technology environments. The operation will target the collision repair industry, the focus of its Repairbot 3D printing technology. In march the company demonstrated the printing of an automotive component using additive manufacturing techniques.

Tony Peacock, who has driven greater collaboration between industry and public sector researchers, has retired as chief executive of the Cooperative Research Centres Association. Ten years in the role, Peacock used his retirement to call for greater funding for CRCs, which bring together industry and academia to tackle major R&D challenges. He said: “The CRC programme is one of those ‘Kylie’ things – more appreciated outside Australia than in.”

CSIRO heads out west in Sydney

The national researcher CSIRO is backing the development of a new aviation and business precinct in Sydney’s west with news it will relocate up to 450 staff to the new Western Sydney Aerotropolis from 2026. The aerotropolis, the site of Sydney’s second international airport under construction, will now house CSIRO’s Advanced Manufacturing Research Precinct. The facility will focus on advanced manufacturing, quantum technologies, aerospace, defence and agribusiness.