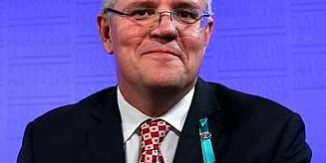 The Prime Minister Scott Morrison appears to be wrestling with a way to boost manufacturing despite the Coalition’s traditional antipathy to manufacturing subsidies.

A report in Channel 9 media quoted Coalition members at their regular party meeting who called for options to replace manufacturing imprts.

Journalist David Crowe, who is very close to the government and often reflects their views, said MPs ‘aired support for manufacturing but stopped short of calls for subsidies’.

This statement in itself is ironic as the Coalition is perfectly comfortable with the numerous subsidies and support given to other industry sectors.

For example the diesel fuel rebate is worth 39.5 cents for every litre of diesel that mining companies purchase.

And the bank guarantee costs $5 billion annually, according to the Australian Financial Review.

Crowe reported that Morrison was wrestling with measures normally unpalatable to the party room.

Morrison is quoted as saying: “The situation will take us outside of our comfort zone sometimes but we need to look to our philosophical principles.”

Meanwhile opposition leader Anthony Albanese said the Australian economy only went into recession in the March quarter because the government delayed any stimulus until the current quarter.