Australia’s new national Space Agency will be based in Adelaide recognising the state’s long history with rocketry and satellites.

Adelaide had been selected over other states vying for the agency, which will oversee a massive boost to space industries invigorated by low cost commercial launches, and the advent of micro-satellites.

“We will become the headquarters of the Australian Space Agency, creating exciting job opportunities for decades to come.

“This is a huge win for our state.”

The agency will be housed in Lot 14, its own building on Adelaide’s premier street, North Terrace, among a group of former hospital buildings being developed by the Marshall state government to incubate a range of industries.

Marshall said: “Establishing the headquarters of the Australian Space Agency in South Australia will launch our space and defence sectors to the next level,” he said.

Prime Minister Morrison said Canberra’s $41 million to seed the agency would help triple the size of the space industry to $12 billion a year.

As reported in @AuManufacturing news, numerous private companies are already building small rockets and micro-satellites, including for the industrial internet of things (IoT) to be used by manufacturers.

South Australia was the site of the Woomera rocket range from 1947 where the United Kingdom tested rockets and atomic weapons enabling it to become a nuclear power.

Adelaide was home to Australia’s defence science effort with the then Weapons Research Establishment building and launching Australia’s first satellite, WRESAT 1 into orbit from Woomera in 1967.

Nulka is still fitted to all RAN and US Navy capital ships, recently being added to the new USS Gerald R. Ford aircraft carrier. 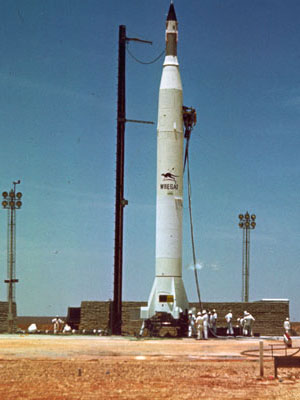