No Nev Power, we don’t need more gas, we need to reserve gas for home use 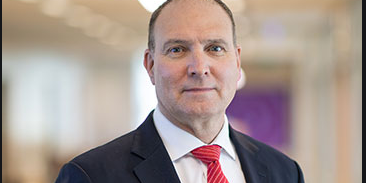 The Chairman of the National Covid-19 Commissio tasked with platting a way forward economically is doing himself, and the gas industry, no favours by peddling self serving twaddle.

Appearing before a parliamentary committee this week, Power confirmed his obsession with boosting the gas supply, including through subsidising the construction of gas pipelines, as the solution to our crippling industrial energy prices.

At the same time he took a swipe at renewables, which are surely the industrial future not his favoured past, and glossed over other recommendations of the manufacturing taskforce, as outlined in Brent Balinski’s interview with Andrew Liveris this week.

Power is closely associated with the gas industry and it is disappointing to see that he is following through with such self-serving recommendations.

It just needs to reserve a portion of gas already being produced for domestic use – say the 15 per cent reservation that the Western Australian government has long had on the onshore gas reserves it controls.

We are simply prioritising LNG gas exports from the three facilities at Gladstone in Queensland over lower local prices.

No company, or industry sector, has the right to unfettered export of Australia’s natural resources.

They are the property of all Australians and exported only with the permission of the Commonwealth Government.

At the stroke of a pen, and today, the government could restrict gas exports just a little, and divert that gas to local use which would immediately force prices down.

It is only because of an unholy alliance of politicians and industry that we have put such a bone-headed export preference in place, and treated it as if it is a right.

This is even without appealing to the needs of decarboising the economy – yet another very good reason not to boost fossil fuel production when we do not have to.

And the government’s own experts agree – the Australian Energy Market Operator’s integrated system plan confirms that Australia can rapidly move to a renewable-powered grid without the need for any new gas.