Not wiped out. Even after the collapse of Greensill, there’s time to save Whyalla 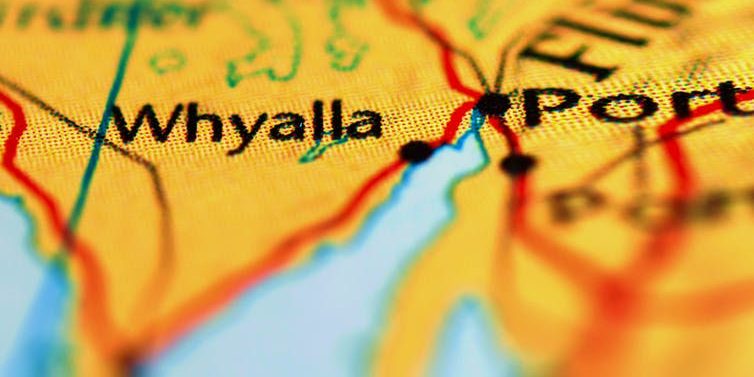 Wiping off Whyalla has become something of a macabre sport.

All manner of things have been said to be about to destroy the steelworks town, including (briefly) the 2012-2014 carbon price.

BHP abandoned the steelworks, the harbour and the nearly Middleback Range iron ore mine in 2000 floating it off as a separate company it called OneSteel.

Renamed Arrium, the company collapsed in 2016, in circumstances that are still being fought out in court.

Bought in July 2017 by Dubai-based British industrialist Sanjeev Gupta, the steelworks enjoyed a revival until this month, with an exclusive contract to supply steel for the planned eastern inland rail line and plans to make 100% “green steel” from renewable energy sources.

The withdrawal of finance has once more thrown into doubt the future of South Australia’s fourth-biggest town and its 22,0000 residents, including the 1,800 directly employed in the steelworks and the thousands more who depend on it.

Also in jeopardy is a planned A$600 million upgrade to the steelworks along with a related A$350 million investment in the nearby Cultana Solar Farm that was estimated to create 350 jobs in the construction phase and 10 to 15 ongoing jobs.

Gupta says he has been working tirelessly to secure refinancing for the $US5 billion he owes Greensill, and in an open letter has described Whyalla as his “spiritual home”.

The Morrison Government is said to be considering a “back-up plan” (presumably some form of bridging finance). The South Australian government is offering A$50 million on the condition it is not used to pay down debt.

The steelworks appears to be profitable following a turnaround in the past 18 months. The contract for the inland rail project is worth $10 billion.

The impact of COVID-19 on demand for steel has been a negative, but at the same time the pandemic has shone light on Australia’s weak supply chains and stimulated rethinking about the need for local manufacturing using local steel.

Steel won’t be enough to save Whyalla

But steel can’t be the only key to Whyalla’s future. That locals are still talking as if it could be, reflects a deep-seated inertia.

Unlike the larger steel cities of Newcastle, Port Kembla and Wollongong, Whyalla has been very slow to respond to the need for change.

Fortunately, the opportunity remains open. Whyalla has open space, 300 days of sunshine well suited to solar energy (potentially lowering costs for new and existing businesses) and a new A$100 secondary school situated between a university campus and a TAFE Technical Institute.

Whyalla already has a regional health precinct along with plans for a A$45 million foreshore hotel; a A$12 million airport upgrade, a A$6 million organic recycling project and a A$145 million state-of-the-art solar-powered greenhouse business.

And it will benefit from a new A$300 million investment in Eyre Peninsula’s electricity grid and its proximity to mining developments and port facilities.

Local contractors are potential suppliers to the new A$80 million desalination plant to be located near Port Lincoln and a planned rocket launching facility at Whalers Bay near Port Lincoln which will allow access to polar earth orbits.

And it’s the “gateway to the Eyre Peninsula”, a region with world-class tourism potential.

No-one disputes that Whyalla is heavily dependent on the fortunes of the steelworks, but over the past decade it has shown little interest in diversifying.

Its council appears to lack the skills and leadership needed to transform the economy.

Whyalla has another chance to get it right. But it will require an early display of confidence in the form of a successful refinancing of GFG Alliance and
a bold switch to other drivers of growth, by the government, the private sector or both.

It will need more strategic thinking and local action than we have seen to date.