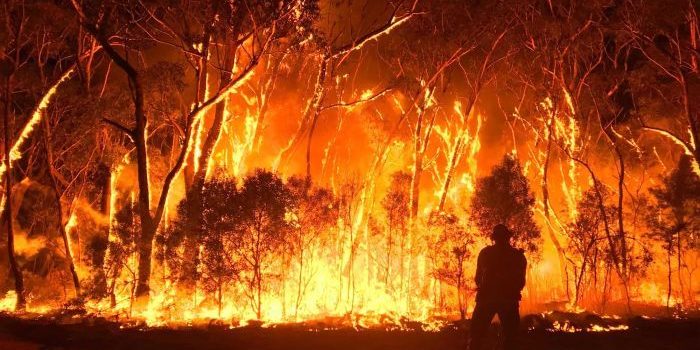 The recent news that Australia has surpassed Qatar to become the world’s largest exporter of liquefied natural gas (LNG) would normally be a thing to be celebrated.

Australia’s 10 LNG projects exported an estimated 77.5 million tonnes of LNG in calendar 2019 earning $49 billion, according to data from consultancy EnergyQuest.

With a combined capacity of 87.8 Mt, and prices which actually fell towards the end of the year, there is even more capacity to grow the value of exports.

But the record came in a horror summer where an unprecedented 10 million hectares – and counting – of Australia were burnt by bushfires, and where the population at large finally awoke to the connection between the burning of fossil fuels and extreme weather events and fires.

To date Australians have only seen the cost of human educed warming, caused by the likes of LNG, at a distance in photographs of glaciers melting or polar bears swimming where once sea ice reigned.

Now the cost of not curbing fossil fuel production and export have hit home in lives lost, families and communities devastated and nature obliterated.

We know the cost of our obsession with exporting commodities coal and LNG also had another cost – our economy now has the economic diversity and export profile of a typical third world nation.

While Japan has the world’s most complex economy driven by advanced manufacturing products, Australia comes in at number 93 of all nations flanked by economic powerhouses of Senegal and Pakistan.

Now with our exports seen globally as a cause of climate change and global warming, we likely face international sanctions such as green tariffs unless we switch to new industries.

Many are calling for new, genuine climate policies in Australia, but the manufacturing sector should also step up and urge a renewed focus on value-added industry such as manufacturing.

These are the industries which build skills and wealth, and which are the most resilient in times of economic downturn.

And now surely we see they are the industries which we need to embrace if the world is to escape the climate change trap.

The way forward has never been clearer, but will Australia make the clever country choice, or wait still further until it is forced upon us?