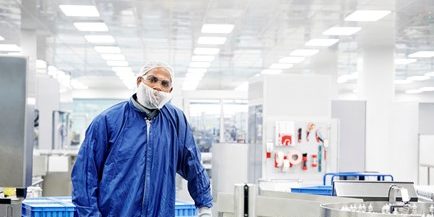 The announcement that the Victorian government will back a new mRNA vaccine production facility with $50 million has offered new hope to the giant GSK pharmaceutical operation at Boronia in eastern Melbourne which has been slated for closure by the global group.

With GSK re-directing its businesses towards biopharmaceuticals it has no need of the site – but the state and Australia have need of it as we battle to recover from the Covid-19 pandemic and ensure future vaccine supplies.

GSK’s Australian operations, ironically, were born in the emergency of war when Turkey cut off the allies’ supplies of opium to produce morphine.

Then named Glaxo and supplying dried milk to Britain, the company began cultivating opium poppies in Tasmania and processing them in Victoria, an industry that still supplies much of the world market for legal opiates, adding value in Australia in the process.

Now a local biopharmaceutical company BioDiem is working to take over the GSK plant – which over the years received hundreds of millions of dollars of government support – and repurpose it to produce Covid-19 vaccines.

BioDiem chairman Ken Windle, who worked at the plant and became Asia Pacific head of GSK before striking out on his own, said the company could produce an mRNA vaccine within a year of getting access to the plant.

mRNA technology is new and the Pfizer and Moderna vaccines are the first globally to have been made successfully….but it is not a technology present in Australia today.

The GSK plant already manufactures the Rotarix vaccine and, crucially, specialises in the blow-fill-seal technology needed to encapsulate the vaccine in a ready to use form.

While vaccine giant CSL is proposing a new Victorian plant it would be unlikely to be onstream before 2024, and other players such as IDT Australia are far smaller in scale than GSK.

In its heyday Glaxo was exporting $1 billion worth of pharmaceuticals annually.

The Victorian government has been negotiating with BioDiem, as it is no doubt with CSL and IDT, but will have in its mind the imperative of retaining the GSK site as a pharmaceutical hub.

At the moment GSK is selling the facility, likely to a property developer, and BioDiem did not have time to raise the $75 million price needed to buy it.

“Not only is it an important pharmaceutical plant, it is the people – where are you going to get them from if it closes.”

BioDiem is bidding, through its subsidiary Opal Biosciences, to lease the plant from any new owner, and transition its own operations to the site.

The critical issue is the company getting access to the site, and access as soon as possible.

If we learned anything during the Covid-19 pandemic it is that there are certain manufacturing operations that it are critical for Australia to have onshore.

The success and flexibility of the mRNA technology suggests this is one of them.

By backing BioDiem we could access the new technology in a relatively short time and retain a viable pharmaceutical manufacturing operation in the process.

GSK did not fail at Boronia because it couldn’t make a profit – in 2019 it reported net profit before tax, excluding write downs of goodwill, of $30 million on revenue of $788 million.