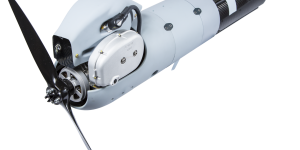 Perth unmanned aerial vehicle (UAV) propulsion system manufacturer Orbital UAV has recorded strong growth and a return to profit on the back of its partnership with Boeing.

In the latest year the company achieved $34 million in revenue, up 121 per cent on the previous financial year.

And the company delivered a net profit of $1.7 million, a massive improvement on its loss of $5.9 million in FY19.

The company said growth was underpinned by the production of engines under a long term agreement with Boeing UAV subsidiary, Insitu Inc.

“Delivering revenue at the top end of guidance, in spite of the Covid-19 environment, is testament to the commitment of our people and our ability to effectively manage our global supply chain.”

Orbital’s relationship with Insitu, which will see its engines power the company’s entire fleet, remains a priority.

However during the past year the company also:

UAV engines must be optimised to be light and extremely fuel efficient, with Orbital UAV also manufacturing flight critical components for international markets.