Peter Roberts – on the road in Port Pirie. 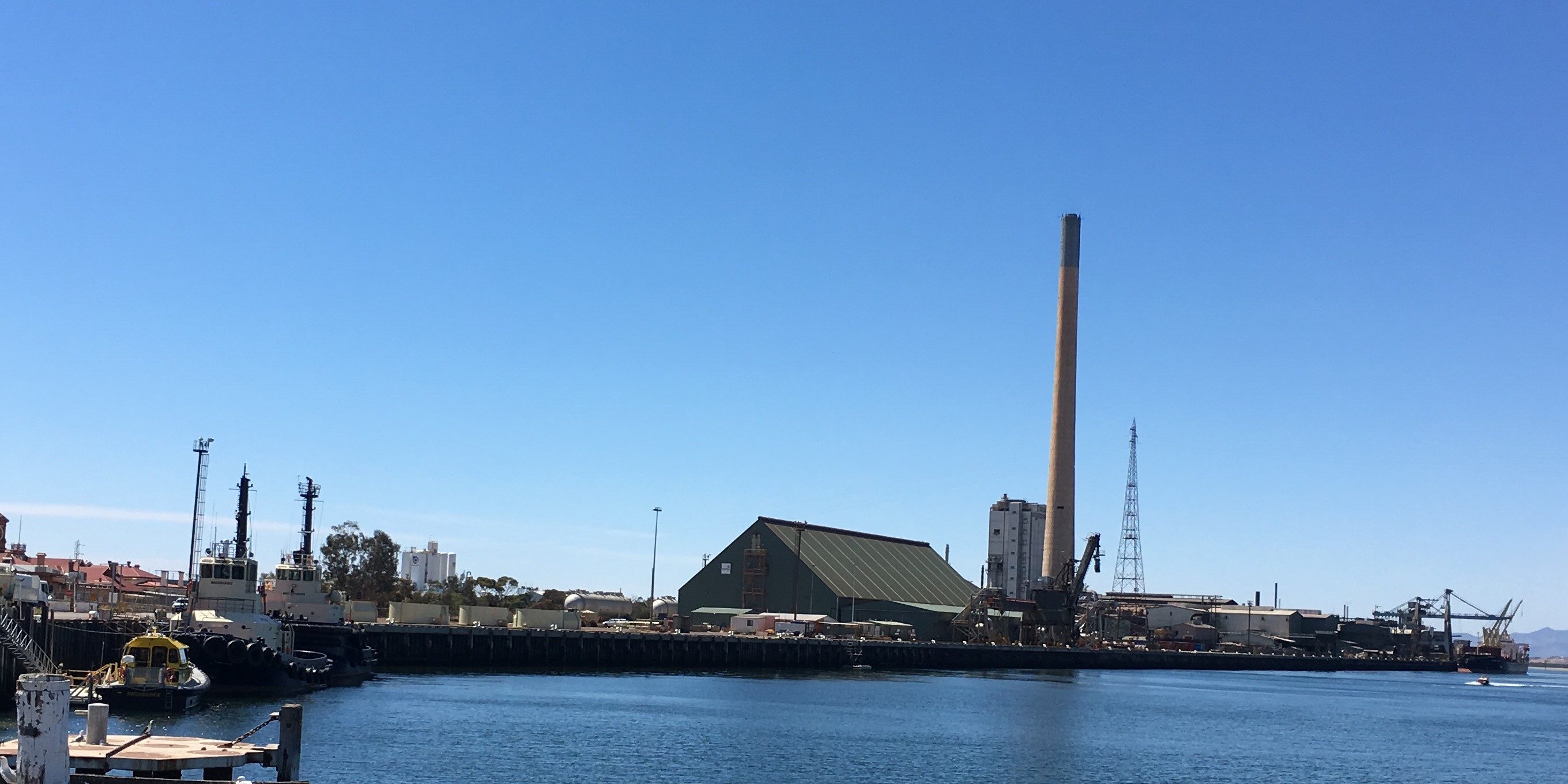 On this weekend when I visited the city its massiveness looms larger as the company has confirmed that as many as 100 of the 700 workers are about to lose their jobs.

In the more than a century that this, the world’s largest lead smelter, has treated the incredible riches of Broken Hill, its fortunes have waxed and waned, and the town has boom and bust in response.

The fatal attraction of the town is explored in a new State Theatre Company South Australia production, The Gods of Strangers which premiered in Port Pirie on Friday.

Written by talented artist in residence, Elena Carapetis, it follows the lives of post-war refugees who found a home in Port Pirie and whose family security came from working in a very Australian industry.

A powerful drama which resonates today when refugees again search for new homes, its opening monologue on the smelter offers a rare artistic reflection of the role of post-war manufacturing in creating modern Australia.

Every morning at dawn men desperate for a day’s work gathered outside the smelter gates on Ellen Street. The foreman picked all the white men first, then a few lucky ‘wogs’, the rest told to ‘piss off’. He knew they would be back tomorrow.

Crafted from interviews of refugee smelter workers and stories from her own mother who came to Port Pirie from Cyprus, Carapetis brings their awful histories and their harsh present to life in a brilliant script written in Greek, Italian and English.

The cast’s raw, passionate performances brought the Pirie audience to laughter, tears and standing ovations on both its first nights.

Meanwhile outside the lead city’s Northern Festival Centre theatre, today’s smelter workers woke up on Sunday to Remembrance Day insecure in their jobs. Their shock is deep as the smelter has just had a $660 million upgrade.

And further south in Adelaide a political storm is seeing the new LNP government blast its predecessor for not securing a jobs guarantee from Nystar in return for financial support for the upgrade.

But Port Pirie’s 13,000 residents have experienced so many ups and downs, they know that guarantees are futile.

Because the truth behind Port Pirie, as in every one company town, is that if the smelter is competitive, the town prospers. But in times when metals prices are low, everyone suffers.

The Gods of Strangers begins its Adelaide season on Wednesday.