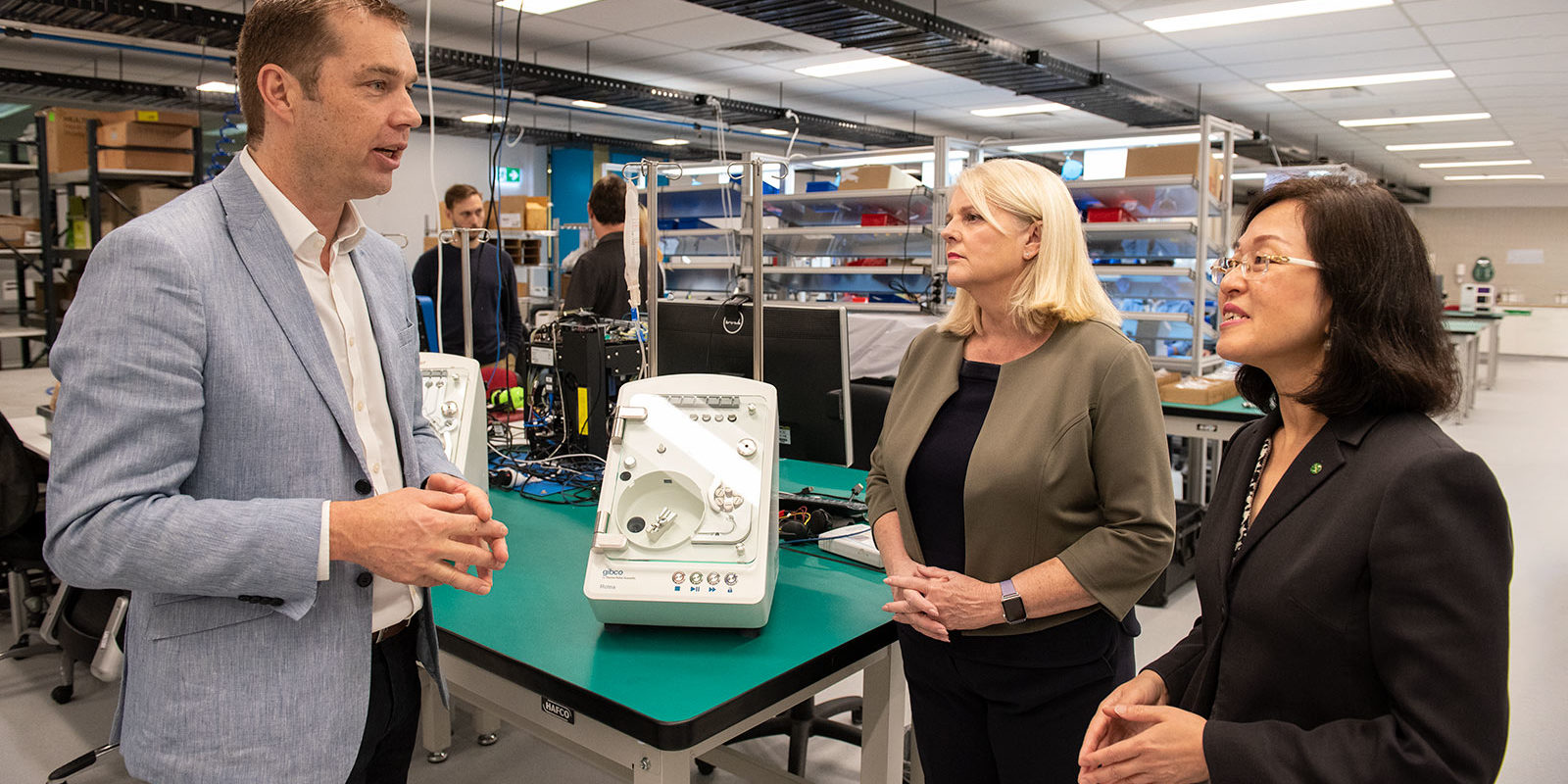 Commercialisation and engineering firm Planet Innovation has continued its rapid expansion, officially opening a new medical technology manufacturing wing at its Melbourne site and describing a vision to make hundreds of new hires and grow export revenues to $1 billion within five years.

PI has doubled revenue over the last year to $100 million, “with manufacturing being a key growth driver” it said in a statement on Monday. It announced an oversubscribed $9.8 million capital raise in December to support activities such as its manufacturing ramp-up.

The company offers product development, design and other services, as well as contract manufacturing, including for Abbott, Truvian and Genea Biomedx. It is part of the Grey Innovation-led Australian team delivering 2,000 notus non-invasive ventilators.

PI has moved contract production for Allume and Scinology into the new wing, which is ISO 13485 certified and FDA accredited. Part of the facility is consumable production, able to create single-use products “for regulated industries such as medical devices, drug delivery and diagnostics” at low to high volumes, it said.

“We believe Australia is well-placed to become a medtech powerhouse on the global stage. It is a specialist, regulated industry that demands high levels of quality control and certifications, which lends itself to developed nations like ours,” said co-CEO and co-founder Stuart Elliott.

“This new wing creates a step change in the scale and capability required to support large global medical companies. At the same time, it will enable more local companies to remain in Australia as they progress towards commercialization, keeping valuable skills and IP on-shore.”

“From their role in manufacturing ventilators during COVID-19 to growing their manufacturing team by over 100 staff in the past year – it’s great to see first-hand how PI is going from strength to strength,” said industry minister Karen Andrews, who visited the new site for the opening.