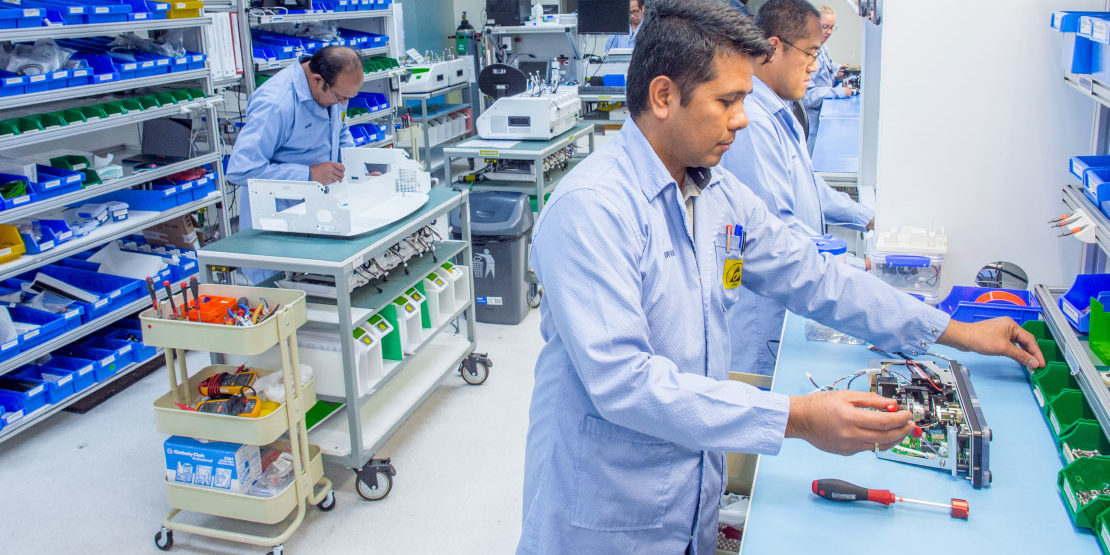 Planet Innovation expects to grow its manufacturing operation by 50 per cent this year. Its co-founder, Stuart Elliott, explains the importance of understanding market need. By Brent Balinski.

Healthcare is a naturally slow-moving environment, and for good reasons, believes Stuart Elliott.

You can visit a doctor and still find them using fax machines, a decade or so after other businesses abandoned them. It’s not a culture that encourages the rapid adoption of new tech.

“It’s an area very ripe for disruption… It’s a naturally slow- moving space, and that’s a good thing because you don’t want doctors experimenting on you with new technologies that have just come out,” Elliott, the co-founder and CEO of Planet Innovation, tells @AuManufacturing.

“In a hospital environment the technologies tend to be less advanced than what you might even have at home.”

Disruption. Innovation. These are words that get thrown around and can be met with skepticism and/or boredom. Fortunately, Elliott can comment credibly and compellingly on both.

His firm has been a repeat winner in The Australian Financial Review’s Most Innovative Companies competition, impressing judges with its company culture and products such as the Zen smart thermostat, a low-cost alternative to Google’s Nest.

Founded by four diagnostic industry specialists in 2009, Planet Innovation works as a consultancy on product and digital development, and has grown its focus on producing regulated medical devices since starting this in 2016. 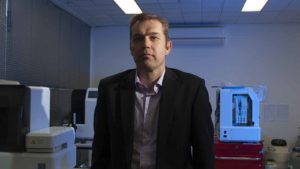 “We don’t have a research lab. Everything we do is based on market pull, not technology push.”

According to the company it has 250 employees, with 160 of these engineers. 60 workers make up the fast-growing manufacturing division.

Overall, revenues are growing at 34 per cent a year, with manufacturing a standout contributor, predicted to bring in $20 million this financial year and $30 million next year. Products include IVF lab equipment, sterilisation products, and point-of-care diagnostics devices. A recent project is as part of the notus invasive ventilator team, led by Grey Innovation.

PI is preparing for a $20 million capital raise to continue its expansion, with a possible IPO after that.

“We’ve got a sea of opportunity in front of us,” according to Elliott, who says the raising is needed to take advantage of that, contributing innovations to the slow-moving healthcare sector.

As for innovation, he is clear about the definition. It is “not about research and it’s not about invention,” rather, it is “about creating a business that’s about creating a product or service offering that solves a real problem.

“We don’t have a research lab. Everything we do is based on market pull, not technology push.”

A recent example is the FebriDx test, which uses a fingerprick blood sample to diagnose if a patient has a bacterial or viral infection based on the detection of proteins.

It is currently in outcome studies, having its usefulness validated in triaging possible Covid-19 cases and other viral respiratory illnesses.

Elliott is quick to note that the product was not the result of inventing and then commercialising. Hardware around diagnostics and a digital backend were built, with a series of acquisitions following to buy in chemistry and other smarts over a period of years. Why invent something if somebody else has already?

“What’s really important in healthcare innovation that there’s a big difference between a medical need and a market need, so we could see that market need,” he explains, adding that an understanding of company and clinician end user problems drove all this.

Besides the need for new solutions, the current pandemic is also driving a rethink of what can and should be made and sourced locally.

Elliott does not believe that everything should be produced here, but going from single-source to double- or triple-source supply chains will be increasingly important in case of future interruptions. This presents an opportunity for Australian manufacturers.

The country could build more of what’s needed in hospitals, but cannot hope to make everything.

“It is impossible to have 80 countries around the world making x-ray machines and defibrillators,” believes Elliott.

“The cost will go up to the point that you can’t actually afford them… most hospitals don’t buy one of those every year. So we’d end up literally hand-making things. That’s not going to work, but might work for things like facemasks.”

Elliott is not in favour of directly subsidising companies to strengthen local medical manufacturers, but does see a role to increase procurement from local companies. If governments announced they would only buy Australian-made syringes, or pharmaceuticals under licence, or any other item less complex than an x-ray machine, then businesses would respond and private capital would follow.

“Investors are much more skilled than governments at evaluating a business to see whether it’s got a good management team and a good board and governance and all those things,” he says, adding that procurement is a powerful way to build up new businesses, which can then move into exporting over time.

“We’re a ten-year-old business and as you build up credibility and scale and competence then companies overseas — and we invested in business development in the US, then we’ve been able to attract the contracts. But that’s a natural progression that you see when businesses are successful. And what you need is customers.”