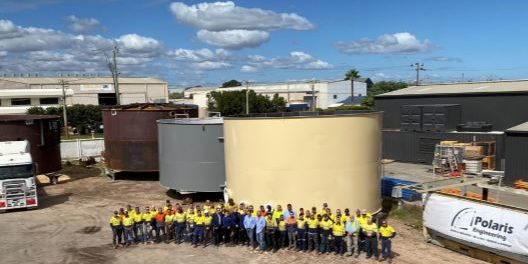 The company, which has been hit by Covid-19 economic slowdowns and environmental concerns at its Malaysian advanced metals plant, reported sales of $110 million for the March quarter, down from $119.4 million in the previous corresponding period.

During the quarter total rare earths production, which are critical to high technology products, was 4,463 tonnes with production of Neodymium-Praseodymium (NdPr) used in vehicle catalytic converters of 1,359 tonnes compared to 1,367 tonnes previously.

The global market for NdPr is around 7,000 tonnes, with Lynas the largest supplier outside China. Australian Strategic Materials is emerging as a second major supplier.

During the quarter the company continued to operate its Malaysian plant at 75 per cent capacity to maintain Covid-19 safety and some shipments to Europe were held up due to the closure of the Suez Canal.

Lynas told investors the markets for Dysprosium and Terbium were stabilising and demand from permanent magnet and catalyst sectors were at robust levels.

This gives the company confidence to press ahead with its new Kalgoorlie further processing plant and its proposed US Heavy Rare Earths plant which will allow the restart of manufacture of specialty metals and permanent magnets in that country.

Lynas is giving priority to Australian suppliers in the construction of its new Kalgoorlie cracking and leaching plant, including kilns and a $17.5 million order for the fabrication of steel tanks (pictured).

In the quarter Lynas continued design and engineering work for its US heavy rare earths facility which will be lodged with the US government in the June Quarter.

Prime Minister Scott Morrison has said of the project that it is a “gold standard example of the cooperation on critical supply chains between Australia and the US.”

Critical minerals supply chains were discussed at the recent ‘quad’ leaders meeting between Australia, the US, Japan and India.”