Rio launches, then re-launches robotic trains (according to the media) 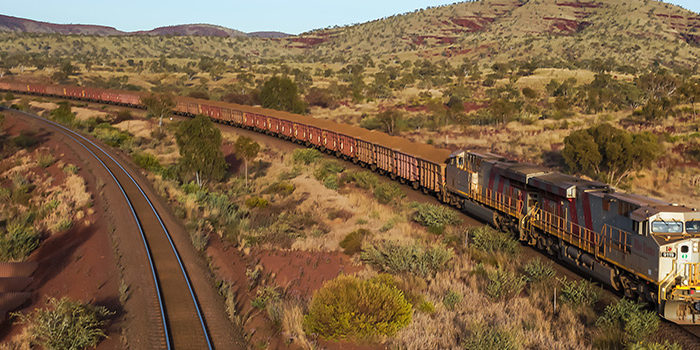 If you can have more farewells than Melba, then can you have more inaugurations that Rio Tinto?

The media was ablaze over the weekend with reports that Rio had completed the inauguration of its $950 million autonomous rail system carrying iron ore in the Pilbara region of Western Australia.

The remotely operated robotic trains carry over one million tonnes of ore daily from 16 Pilbara mines to the company’s WA ports, and are part of a much more ambitious plan that models its mine operations on a lean manufacturing operation.

Please excuse a little crowing but this is a story oft-reported in @AuManufacturing and beloved by many an Australian believer in lean manufacturing.

Conceived by then Rio boss, Sam Walsh, the automated rail system is part of a suite of automated operations – mine bore hole drilling and filling, in-mine haulage and ship-loading for example – that make up the company’s ‘mine of the future’.

I was the first to write about his ‘mine as Nissan factory’ vision for the Australian Financial Review and BRW.

The individual, automated operations are remotely monitored and controlled, much as in a car factory, but in this case from a massive operations centre in Perth.

In the best traditions of lean manufacturing, the process is initiated or ‘pulled’ by the imminent arrival of a ship destined for a particular customer, rather then ore simply being ‘pushed’ by production.

Developed with the help of the University of Sydney’s Australian Centre for Field Robotics, and local engineering firms and suppliers, it shows the level of achievement of Australia’s much-maligned automotive skills.

So roll on the next re-launch of the mine of the future – we just can’t get enough of it!